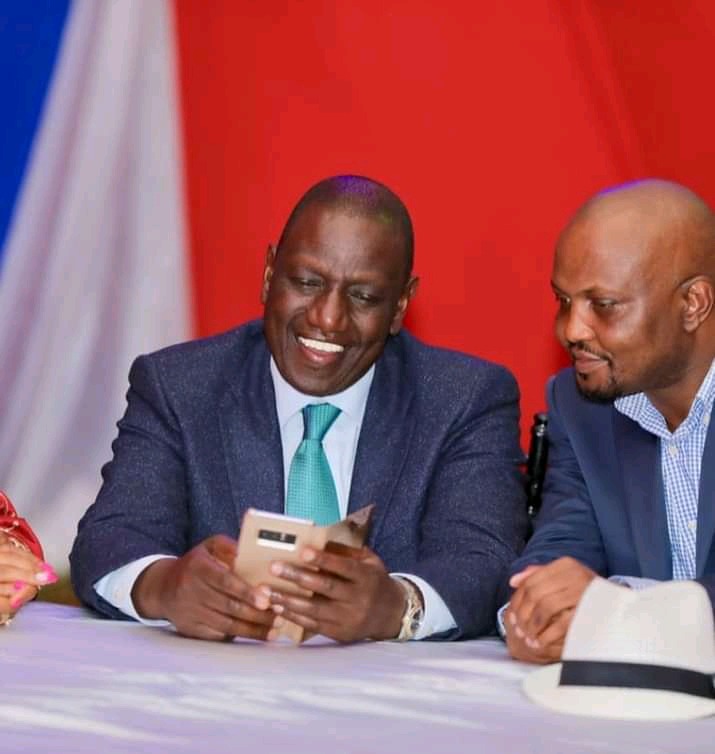 Gatundu South Member of Parliament Hon Moses Kuria has been hospitalized for quite some time. The vocal politician has been in and out of the hospital with several political leaders paying him a hospital visit. Currently, Moses Kuria is still hospitalized in Dubai, United Arabs Emirates after undergoing surgery.

Deputy President's United Democratic Alliance party through its Secretary of Legal Affairs Wakili Edward Muriu has sent a message of hope to the ailing lawmaker in Dubai. The UDA party has thanked Moses Kuria for his work of building the hustler nation across the country. 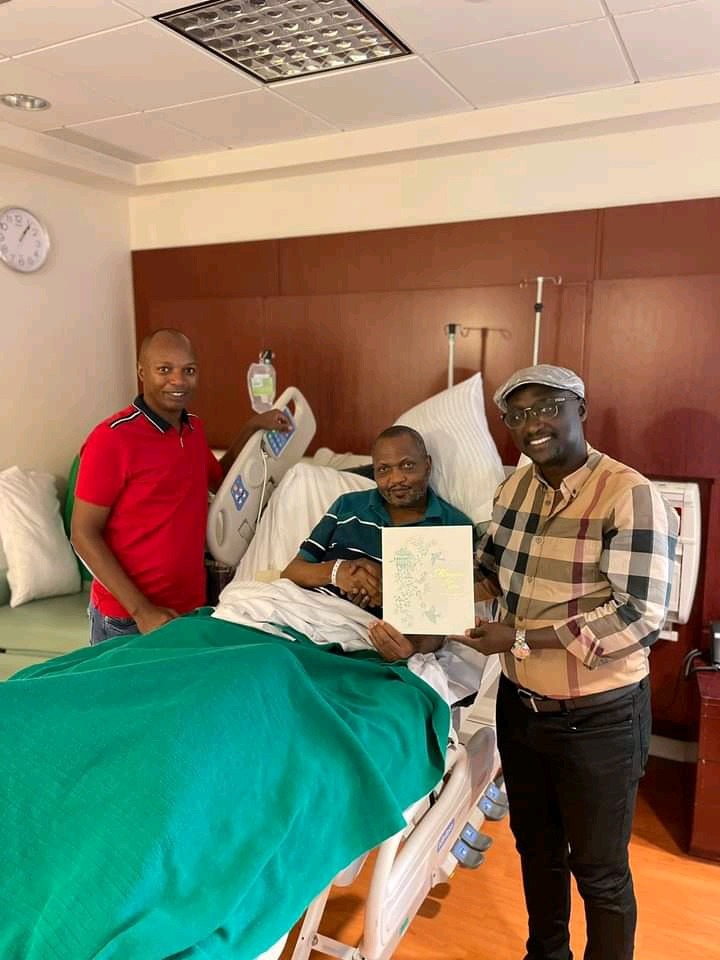 Taking to his social media platforms, Wakili Edward Muriu said the Deputy President Dr. William Samoei Ruto has also sent his message of getting well soon to the leader of the Chama Cha Kazi Party.

The vocal lawyer also revealed that the UDA party is still dependent on Moses Kuria in the upcoming general elections. He said that Moses Kuria is expected to deliver victory to the Hustler Nation next year. 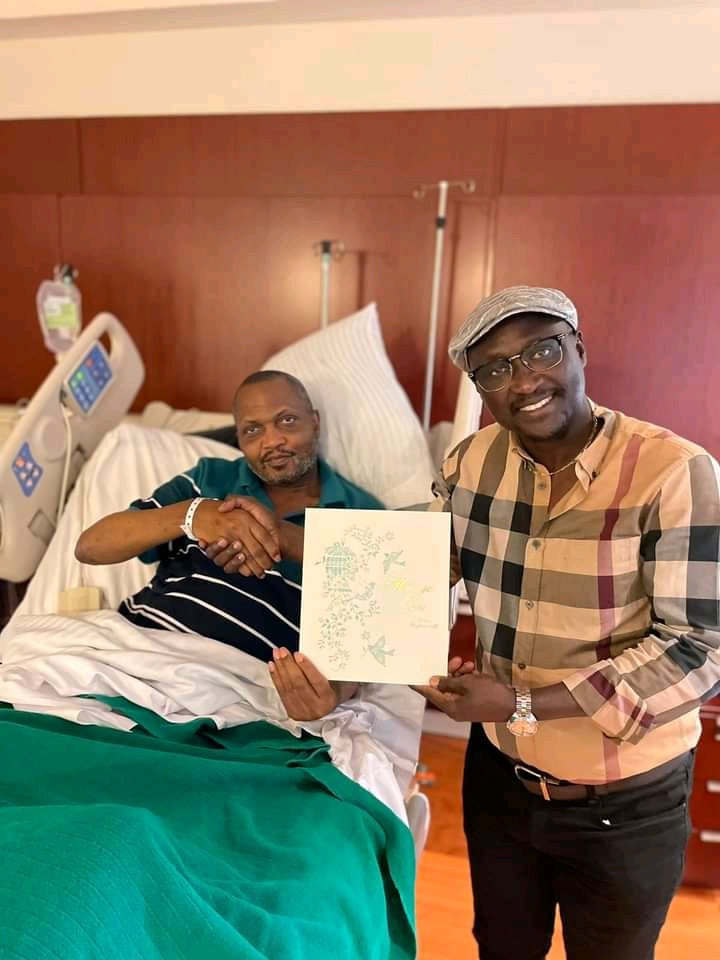 "Your role in the forthcoming General Elections as a Hustler soldier is well cut for you, to deliver victory to the Hustler Nation, you have done it before and you will do it again". Read part of the statement.

Moses Kuria has been one of the strongest supporters of the Deputy President. Despite forming his Chama Cha Kazi party, he has been supporting the hustler nation from his hospital bed while recuperating. 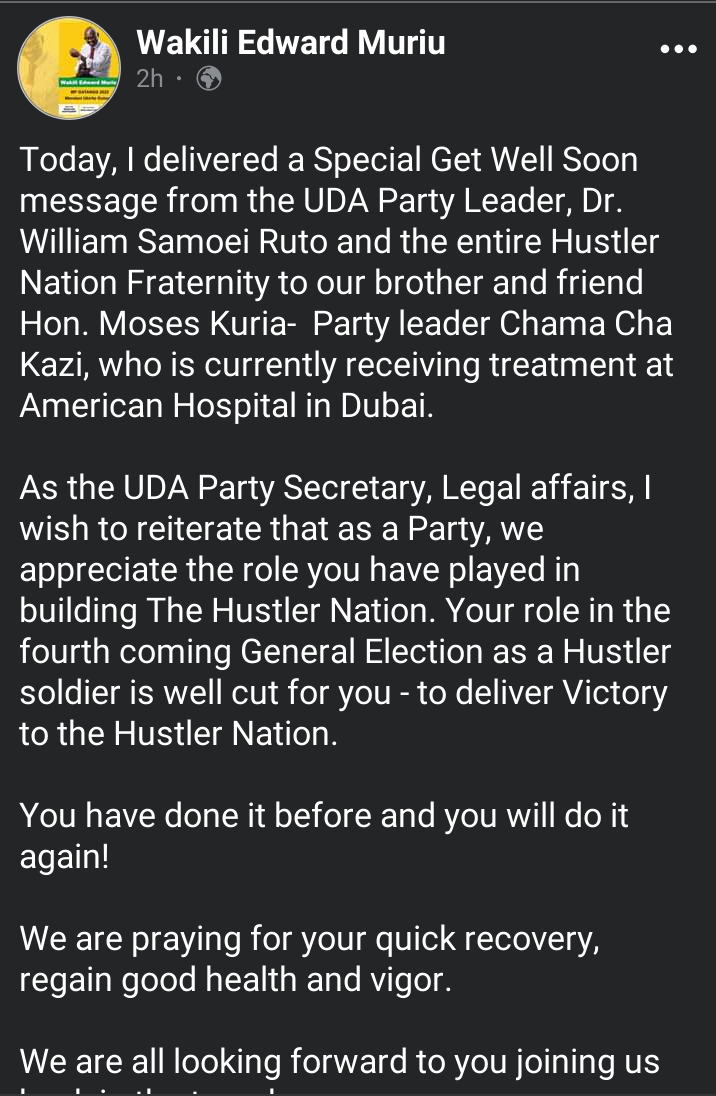