By @Journalist (self media writer) | 1 month ago 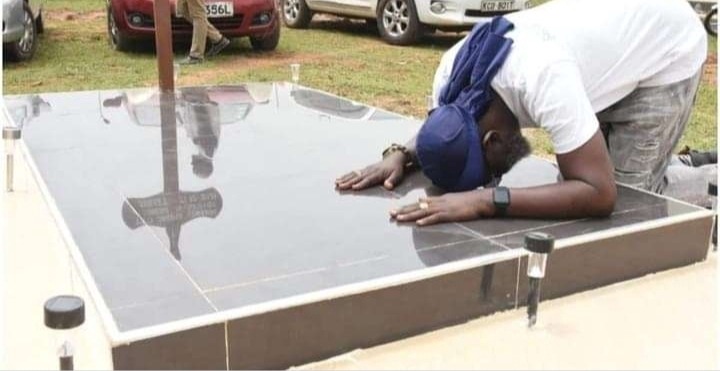 Later on, other Political leaders showed up to practice their rights with their fellow Kenyans. The current president Uhuru Kenyatta was also witnessed casting his vote in the company of his family and he emphasized on Kenyans maintaining peace and order.

Just a few hours ago, the roots party leader professor George Wajackoyah also set to the polling station to practice his right. Unfortunately, after turning up at Indangalasia primary school polling station in the Company of his wife, he was turned away by the Independent Electoral and Boundaries Commission after the KIEMS Kit Failed. 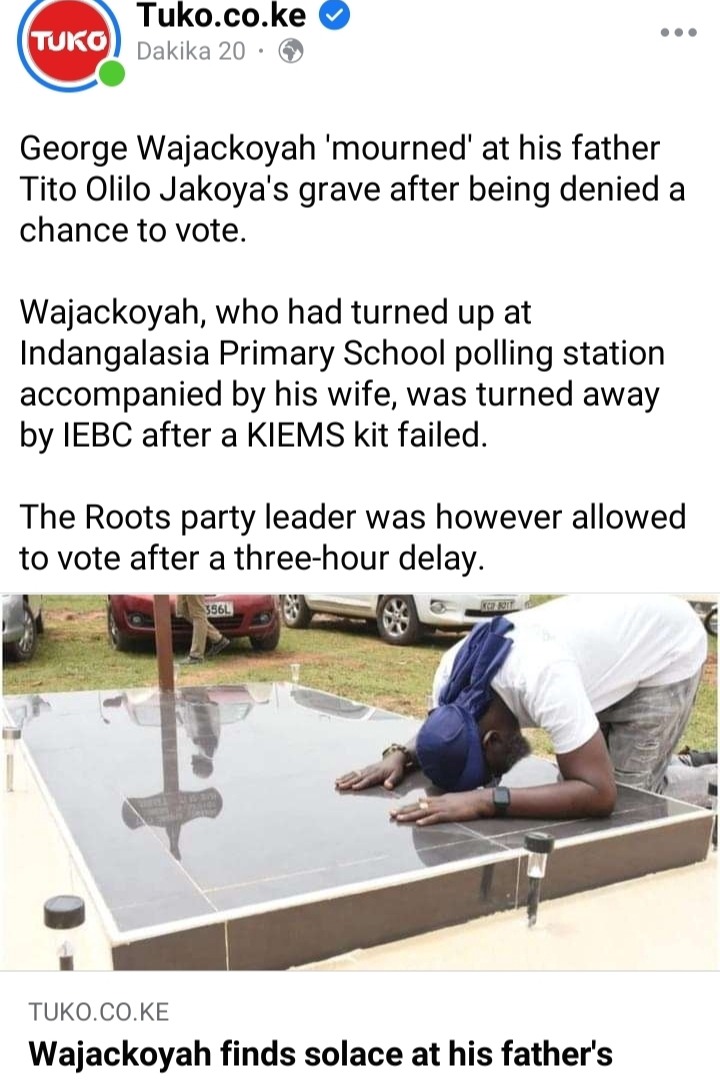 After being turned away professor George Wajackoyah went to his father's:Tito Olilo Jakoya's grave where he bitterly mourned after being denied a chance to vote. After doing so, Wajackoyah was allowed to vote. after a three hours delay.

Content created and supplied by: @Journalist (via Opera News )