OKA'S Fate Sealed as Mudavadi Throws Kalonzo, Moi Under The Bus, Claims His 2022 Bid is Unstoppable 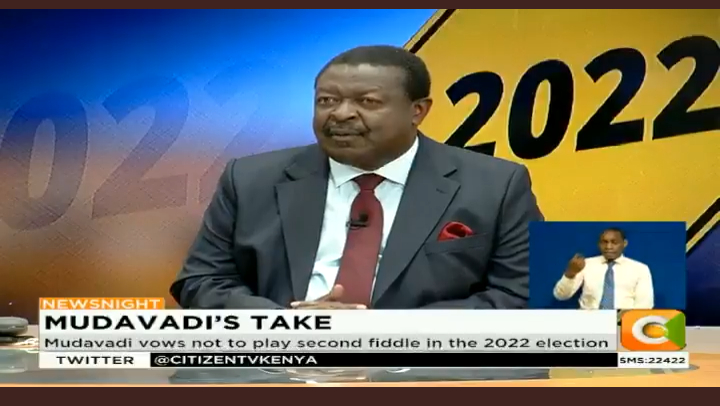 Complete death of the Newly Formed one Kenya Alliance coalition is reportedly Imminent after Amani National Congress party leader Musalia Mudavadi allegedly threw his colleagues Kalonzo and Gideon Moi under the bus, Reveals why his 2022 presidential bid is unstoppable.

As seen during an interview he had with Wahiga Mwaura on citizen television, the former Vice president has revealed that at this point, nothing will stop him from succeeding President Uhuru Kenyatta after his retirement in 2022 even if it means standing by himself. According to him, he has been supporting other aspirants for decades and it was the time for him to forge his path.

"I will be on the ballot in the 2022 general election and that is not negotiable. I have supported Raila Odinga not less than twice in every election and it will be fair if I forged my political path. One Kenya Alliance coalition is still alive and kicking and will be the best if I become its flagbearer, "Mudavadi said. Here is the link to the interview.

DP Ruto Leaks The 3 Tricks Uhuru Gave Him On How To climb Mt. Kenya In Style

Rayvanny's Baby Mama Fahyma Says She Didn't Cheat On Him