By HareFastNews (self meida writer) | 1 months

The former prime minister Raila Amollo Odinga has ventilated on the incidences that happened during the by-elections in Juja and Bonchari constituency. Taking to his Twitter account, a visibly irate ODM boss condemned the involvement of police in the elections. He called these "political experiments" that should never be allowed to happen. He said that even though the handshake has brought peace and Order, it should never be used by crooks to undermine hard-earned liberties. He fell short of saying that the government is using the handshake to short-change him.

Raila Odinga and President Uhuru Kenyatta came together after the viciously contested 2017 general election in what was famously referred to as the "handshake". The two were the main presidential contenders in the August 2017 general election. President Uhuru Kenyatta's election was later successfully challenged in court by the opposition. Mr. Raila Odinga later pulled out of a repeat election citing unwillingness of the IEBC to initiate electoral reforms. 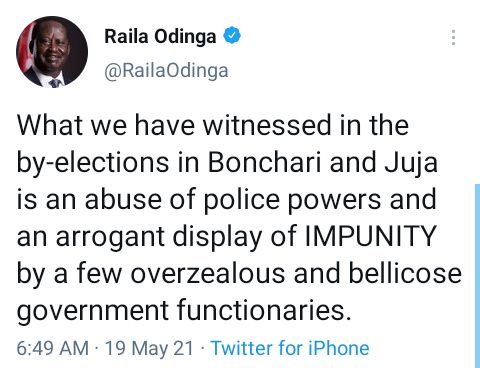 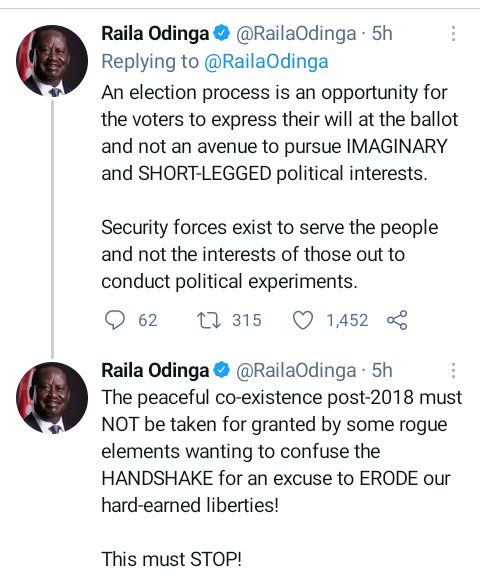 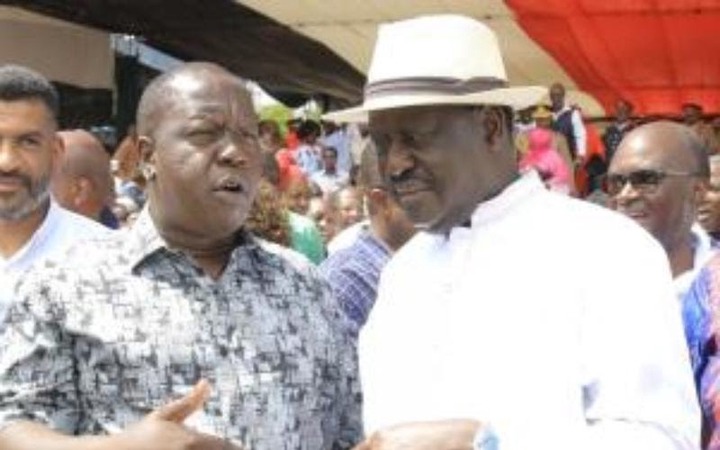