"Don't Get Tired, Listen to me" Humour as Ex-Tanzanian President Prolongs Speech Amid Intervention 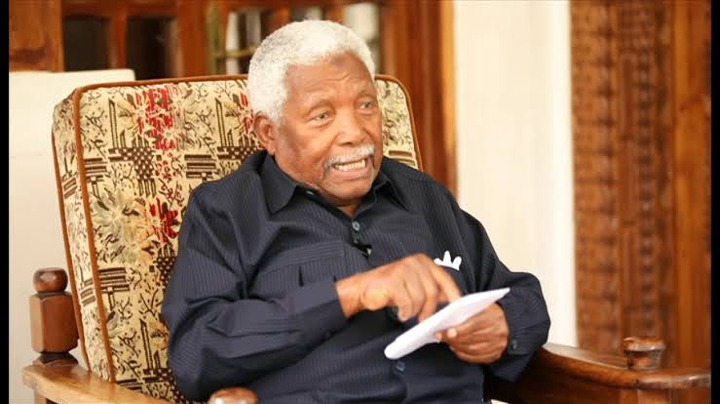 "What is the name of this place, kindly remind me,"Mwinyi asked and it took the intervention of his bodyguard to remind him that they were in Chato which is in Geita.

While eulogising the late president John Pombe Magufuli, Mwinyi asked the listeners to listen to him after he noted that he was taking too long.

"President Samia Hassan Suluhu, kindly don't get tired, listen to me as well as all Tanzanians. I don't know whether to read or just go ahead and explain,"he said amid laughter from other mourners.

Even the wife to the late president John Pombe Magufuli had to smile after the former president made his statement in a manner that was humourous.

His bodyguard had to remind him that his statement was enough but he continued speaking thanking Mama Suluhu Hassan Samia for becoming the president.