The deputy president of Kenya, honorable William Ruto's party of United Democratic Alliance Movement seems to be getting more and more popular after an opinion poll conducted by k24 revealed that it had the highest number of supporters. 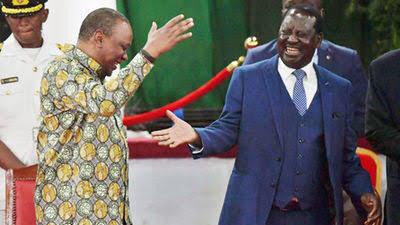 In a statement that was given by the deputy president, Ruto said that they were going to make United Democratic Alliance Movement the biggest party in Kenya where he even said that UDA is currently the strongest and biggest political party in the country.

"We are working on a new plan for our members because we want to make our party,the United Democratic Alliance Movement stronger than Jubilee, as you can see, UDA is currently the strongest party in the country and we are just getting started ", he said.

Ruto went ahead and said that UDA has the highest number of politicians rediculing other politicians such as the former prime Minister of Kenya and Orange Democratic Movement party leader, honorable Raila Odinga, Kalonzo Musyoka among other leaders by saying that they can't manage to get the number of politicians he gets whenever he summons them.

However, despite the fact that UDA is leading, the Orange Democratic Movement party seems to be competing with UDA after it came second. According to the reports given by the former prime Minister of Kenya, honorable Raila Odinga, he said that if he becomes the president and fails to deliver, he was going to resign.