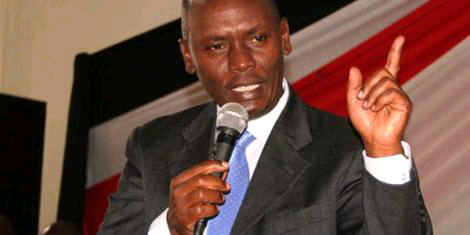 Kabogo advised the region to abandon divisive politics that have pitted community members against one another and instead focus on development in a video he uploaded on Facebook.

"I'd like to encourage the Kikuyu community to ponder for a moment. Before you speak, consider your options. Why isn't their politics in other parts of the world? Kabogo observed, "Brother is turning against brother."

At a previous event, President Uhuru Kenyatta and William Kabogo.

"We need to be asking ourselves where we're going and how we're going to secure our future." We need to think quickly because we don't have much time," he stressed.

Regardless of who was president, Kabogo recommended members of his community consider constitutional revisions as a first step in bettering the region and the country as a whole.

Residents in the region, according to Kabogo, must synchronize their visions.

"Rather than rushing around aimlessly, now is the moment to consider what constitutional reforms would be beneficial to us and the country in the future, regardless of who becomes the president of this country," Kabogo urged. 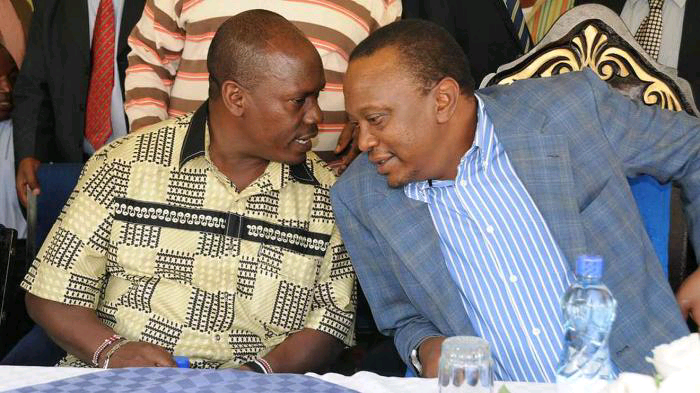 Taking note of the region's massive population, the former Kiambu governor urged residents to rally in support of measures that would bring the country back into balance.

"We must make positive use of our numbers," Kabogo said.

On November 15, 2019, leaders from the Mount Kenya area gather for a portrait after meeting with President Uhuru Kenyatta at Sagana State Lodge.

Kabogo's declaration comes amid a schism in the region, with community leaders launching venomous attacks on one another.

The most recent incident occurred on January 3, when Kandara MP Alice Wahome sparked a political controversy by accusing President Uhuru Kenyatta of derailing the country's economy.

Her remark drew retaliation from both camps of the Jubilee Party's political groups.

"I Love Him As He Is" Wangui Ngirici Called Out Critics Who Thinks She Unsuitable With Her Husband.

Jitters Ahead In OKA As Principal Prepares For An Exit

Revealed; OKA Leader Preparing Ground For Exit From Coalition Here Are The Details

How A Corona Like Disease Seriously Devastated The planet.