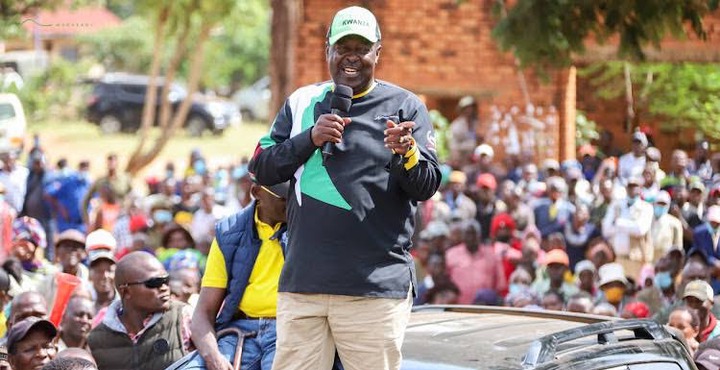 ANC party leader Musalia Mudavadi has found himself in a tight corner after telling Raila Odinga to expect no votes from the Mt Kenya region after claiming that the region is purely Ruto's backyard.

According to a post shared by Citizen Tv Kenya, Mudavadi had urged Raila Odinga to seek for votes elsewhere but not Mt Kenya people the region is fully behind the second in command.

This Statement has not been warmly received by Kenyans who have expressed their dissatisfaction claiming that Ruto's backyard is North Rift Valley where he hails from and where he commands the highest lead.

Others have said that Ruto is a non-native to the Mt Kenya region hence the region can betrayal him anytime considering what the kingpin of the region directs. 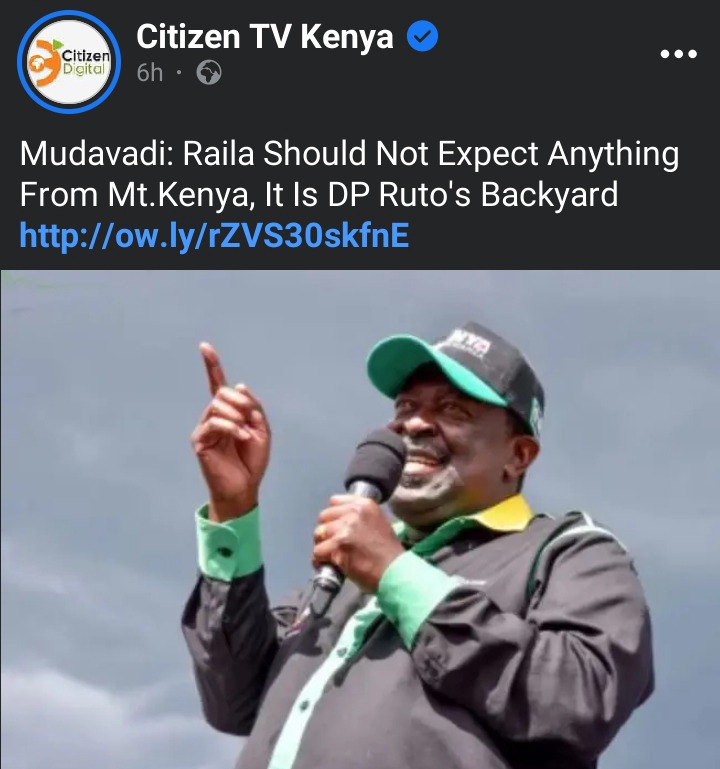 Others have also told Mudavadi to focus on ensuring he gets the 70% target he was commanded by the Kenya Kwanza sharing formula from western so as to get a position if they form the government. Some have also told him to expect a shift following the appointment of Martha Karua as Raila's running mate.

Douglas Marigiri Nyandoro: Hon Musalia Mudavadi used to be the voice of reason in Kenyan politics but ever since he joined Kenya Kwanza, he has run short of ideas and have joined the bandwagon of cheerleaders with no agenda.Instead of focusing on his target of delivering 70% of Mulembe votes he is confused. 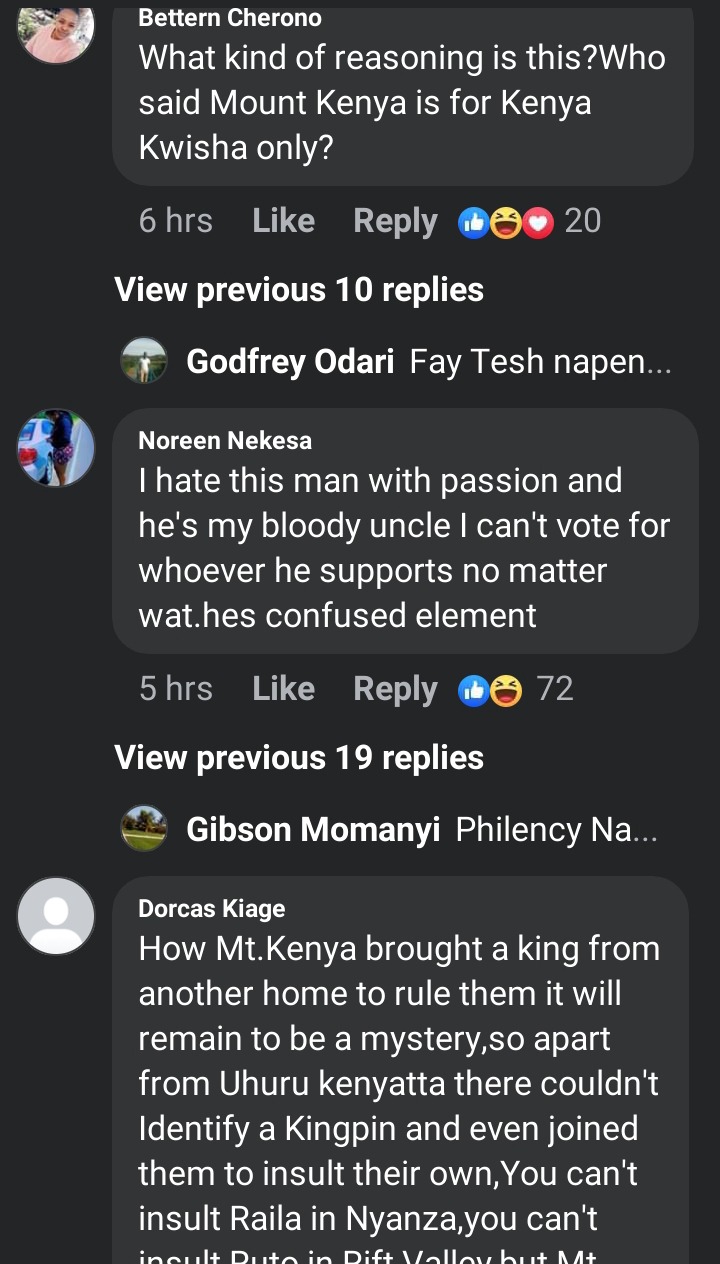 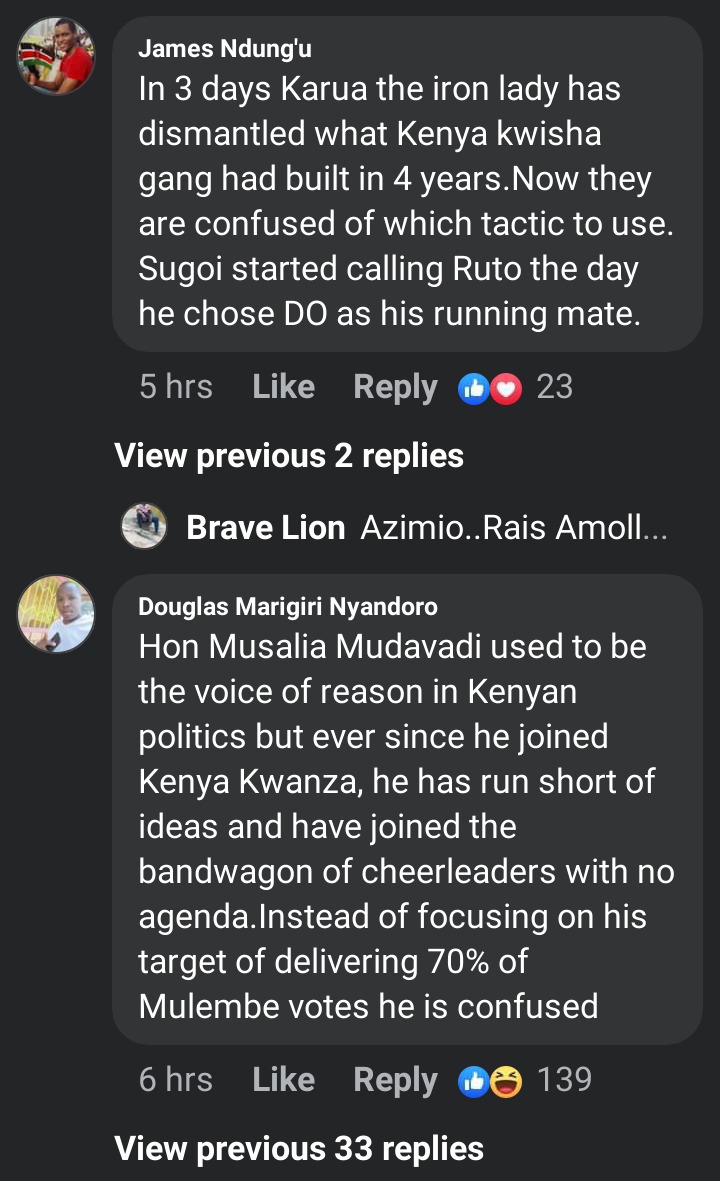 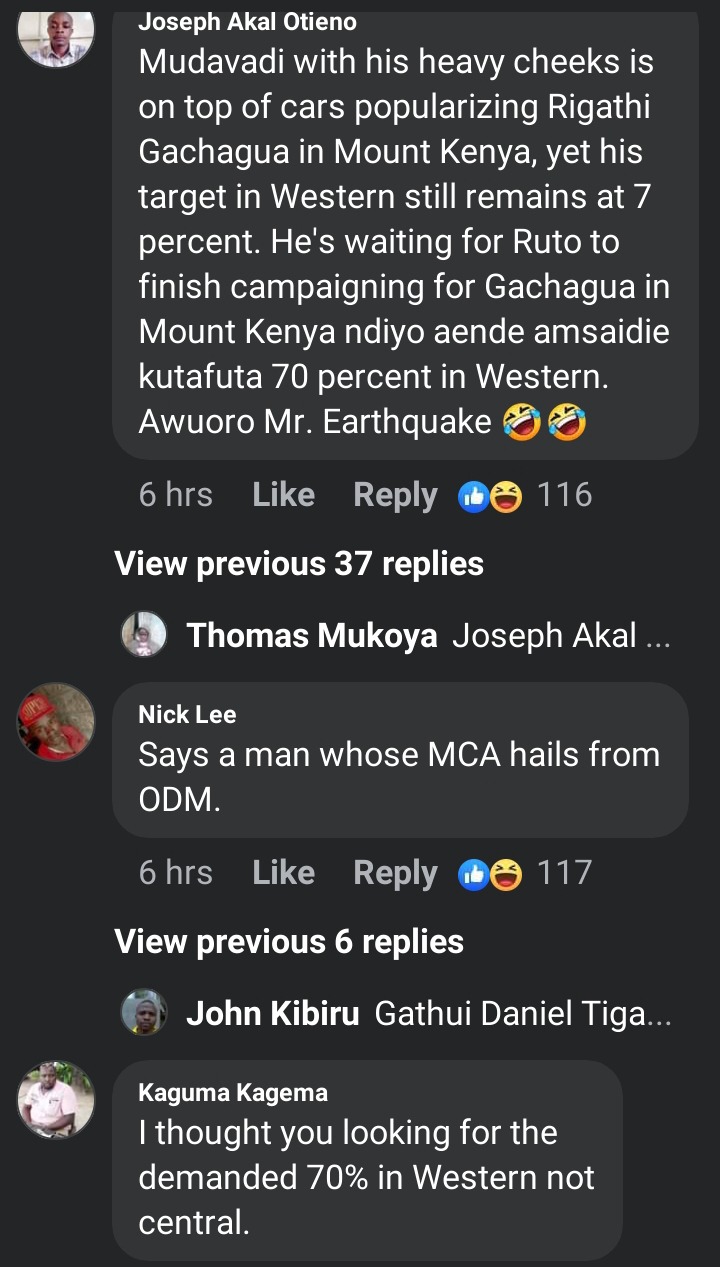 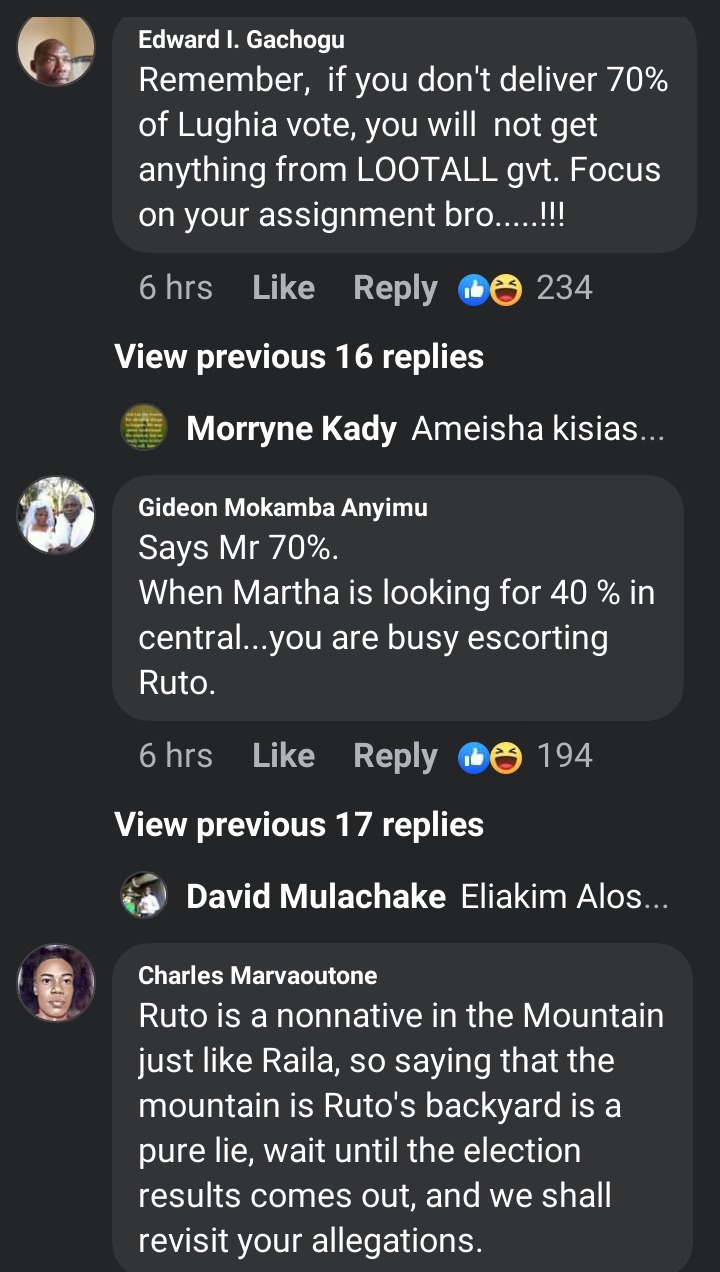