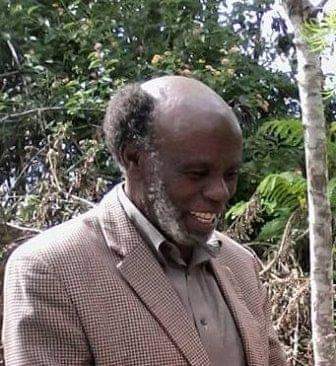 Former Kangundo member of parliament at a past event(source. facebook)

The vibrant former lawmaker confirmed that he was going to vie for the parliamentary seat in 2022.

He noted that he was not old as some of his competitors suggested.

His attack was aimed at health CeC Ancent Kituku asking him to focus on his job in the county.

"Even in a competition can I be compared to Mutinda or Kituku. Kituku should focus on his county job and stop troubling us when his time comes he will be given the seat. Also whenever we go somewhere he should stop saying I schooled with his father because I never went to school with his dad," said Katatha.

Katatha was Kangundo MP from 2013 to 2017 before he lost in the last elections to the incumbent.

Kngundo seat has attracted quite several competitors who are all seeking to unseat the incumbent and they have all declared war.

Pick Up Overtuns along Outering Road Close To Huruma Roundabout

Things that you should never say to your mechanic

Disability is Not Inability:Meet the Wonderful Family of Deaf Couple Who Have Made it in life