Sossion, David Ndii, Muthama and Other Ruto Loyalists Who Were Left Out In Cabinet List 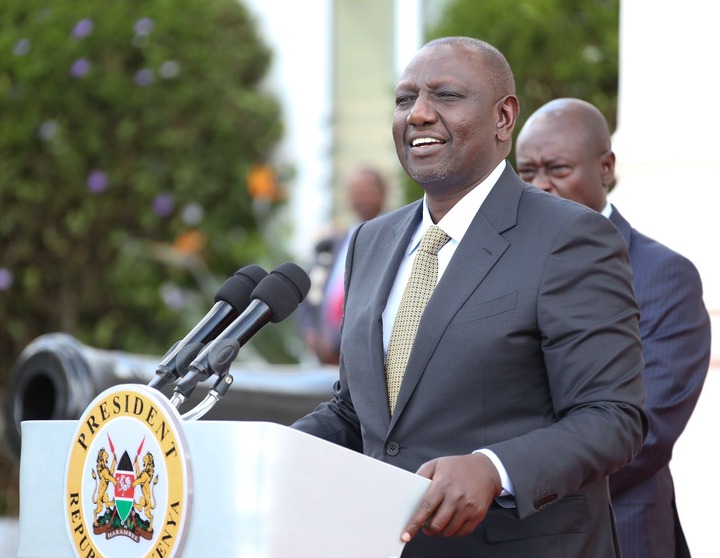 President William Ruto has named his Cabinet two weeks after being sworn in as the fifth president.

His cabinet has the maximum number of ministers allowed by the 2010 constitution; 22.

The first people to be considered were loyalists who stood with Ruto during the campaign period. Ruto even went a notch higher to extricate some of his allies from elective seats thus necessitating a by-election.

Also on the list are election losers. Former Gatundu South Member of Parliament Moses Kuria falls in this category after unsuccessfully trying to be the Kiambu Governor in the August 9 elections. He is now the Cabinet Secretary for Trade. Former Malindi MP Aisha Jumwa also lost in her Kilifi gubernatorial bid but is now the Public Service and Affirmative Action CS.

There is also a section of loyalists who Kenyans were shocked after they failed to appear on the list.

Economist David Ndii ticked all the boxes to become the next Cabinet Secretary for Treasury but the seat eluded him. Even after displaying himself as the central figure of the bottom-up economic model, he was sidelined. But analysts believe he might still make it to be the next Central Bank of Kenya Governor.

Wilson Sossion, a staunch educationist and a sharp critic of Uhuru Kenyatta's education agenda was also not considered. The man has arguably been the most influential figure in the Kenyan education system in the last fifteen years after the CS education.

He joined Ruto's camp after the UDA wave swept through the Rift Valley region and vied for a political seat in Bomet. He was however defeated. It was expected that Ruto will make him the Education CS but he placed a newbie, Ezekiel Machogu. Machogu will be in charge of determining how the sensitive CBC curriculum will fair on.

However, the president has not yet named Principal Secretaries and Chief Administrative Secretaries. Perhaps they still have something to look forward to.