Resignation Rejected? Natembaya Redeployed to Office of the President Hours After Hanging up Boots

By NancyLwambi (self media writer) | 7 months ago 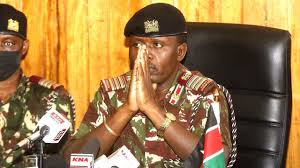 Former Rift Valley Regional Commissioner George Natembaya has been deployed to the Office of the President (OOP Headquarters.) a few hours after he announced he had downed his work tools.

The Ministry of Interior released a memo indicating George Natembaya had been moved from Rift Valley to the Office of the President.

It is not clear whether the government has rejected the resignation of Natembeya this redeploying him to OOP Head wuaters or not. 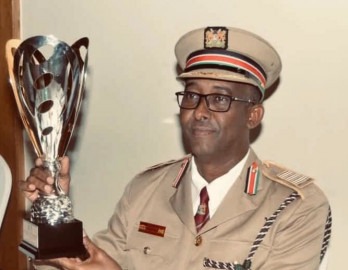 Interior Principal Secretary Karanja Kibicho, through a notice on Wednesday, also made several other transfers, which saw Isaiah Aregai Nakoru being transferred to Western Region as the commissioner. Isaiah was serving as the Eastern Regional Commissioner.

Isaiah's position as the Eastern Regional Commissioner has been taken over by Narok County Commissioner, Evans Mong'are Achoki.

Other changes included Esther Wamuyu Maina being moved from Western to Central.

James Kyalo Kianda has been transferred from Nairobi to North Eastern. 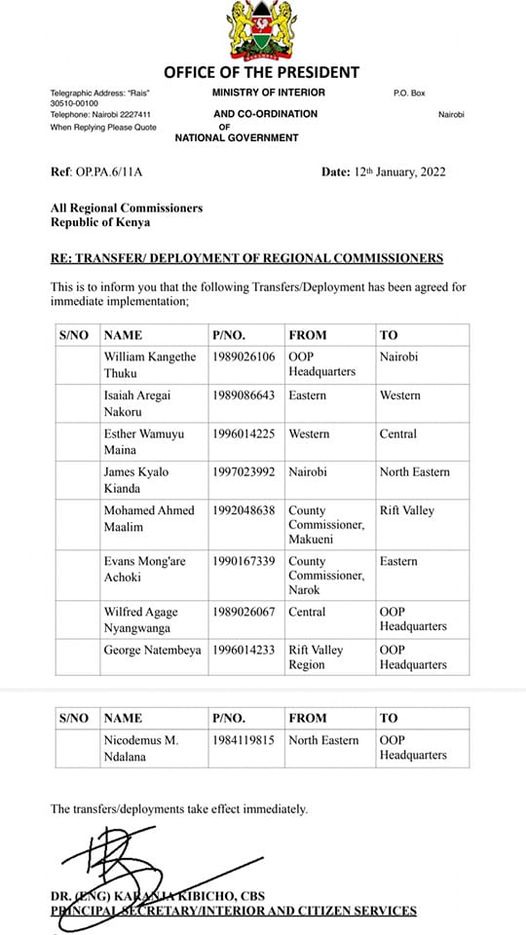 "The Next Administration Should Scrap Off Sitting Allowance for Mps" Manyora Says, Gives His Reasons