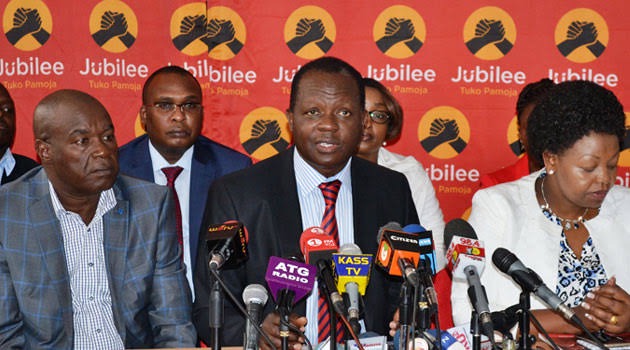 Raphael Tuju has been the man on discussion in the Jubilee party as Dennis Itumbi comes up with new allegations on the new role Tuju sets to land.

Tuju had earlier decried an attempt by sections of Mt. Kenya Members of Parliament seeking to withdraw him from his position of party secretary general.

Itumbi has alleged that Plans were underway to see Tuju kicked out of the position he holds as the party's SG. According to Itumbi, the new role was awaiting Tuju in Uhuru's government.

Based on the allegations revealed by Itumbi, Raphael Tuju is set to be appointed as the senior advisor to the Executive Office of the President. 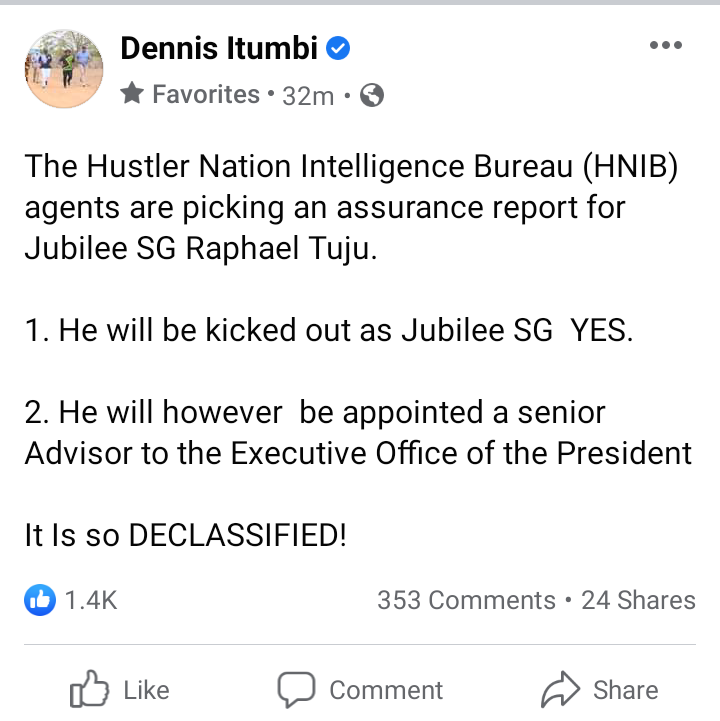 On top of the allegations by Itumbi, the Jubilee Secretary General is also speculated to be holding a cabinet office without a portfolio.

Kenyans have, however, reacted to the claims by Itumbi, with some saying Jubilee is now death and others ranting on Tuju saying he is a Cabinet minister without a portfolio.

Here are some of the reactions from Kenyans.

John Thunder: Jubilee is being rebuilt slowly with proper structures, Party rebels and others should be concerned with their new uda home. Especially with their NEC officials!

Peter Obwaka: You forget he is already a cabinet secretary without portfolio.

Thee Bkk: I thought he is already a cabinet secretary without portfolio and the law demands that no public servant shall have two positions?

David k lagat: If he failed to advise JUBILEE .......He will fail also to advise Executive.

Francis Atwoli Slams Kimilili MP In Bungoma, Says He Is A Conman

"Raila is an enigma," the qualities he possesses can only be gotten in a few people - Kabogo