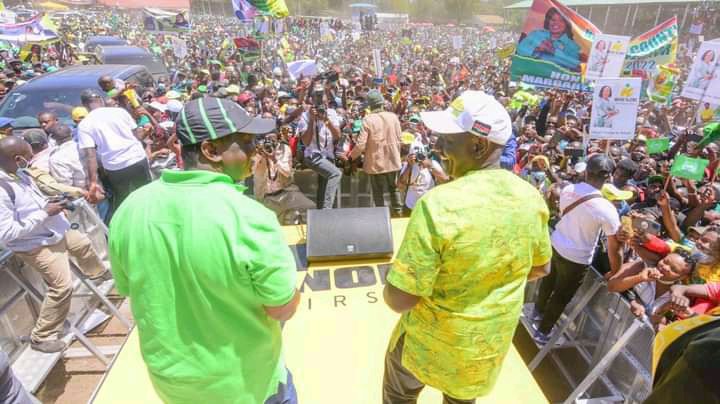 Musalia Mudavadi announced this coalition with deputy president William Ruto during ANC national delegates conference at Bomas of Kenya. Deputy president and his close allies were present in the event.

Musalia Mudavadi today morning received a good will delegation at his official office in Musalia Mudavadi Centre. The leaders pledged to fully support his coalition with deputy president William Ruto.

" In the spirit of the mantra; scatter them and gather them, the party leader Musalia Mudavadi this morning received a good will delegation led by former sports cabinet secretary Rashid Echesa, Lugari parliamentary aspirant Charles Welanga and Mumias East aspirant David Wamatsi" wrote ANC party on its official Facebook page. 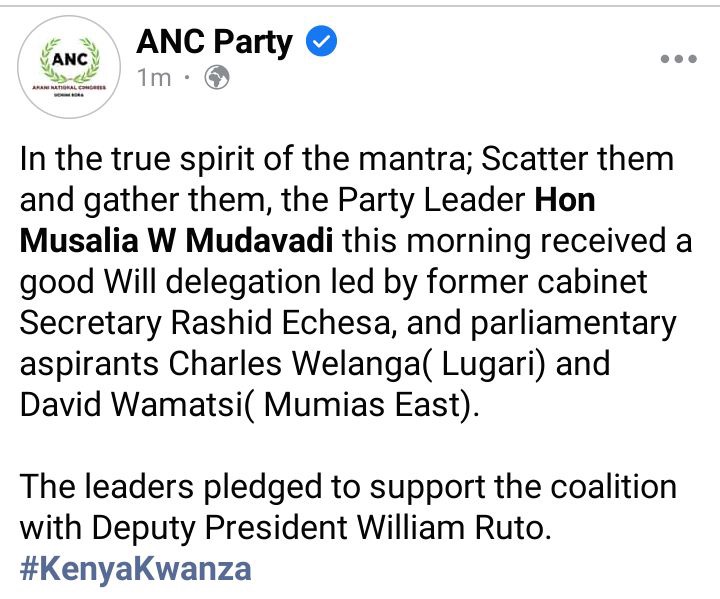 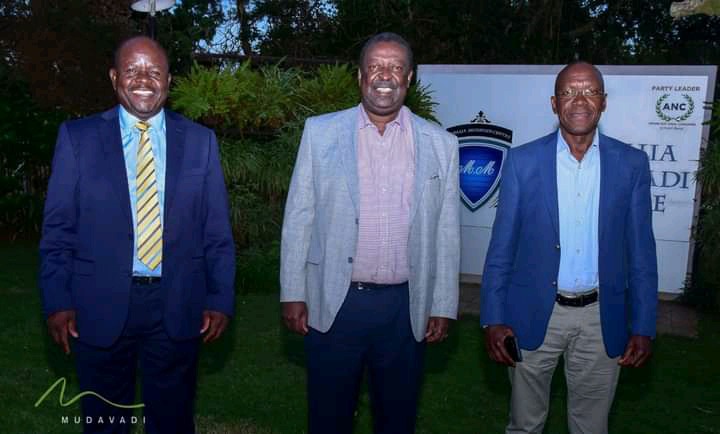 ANC party resolved to support a working coalition with deputy president William Ruto party during their party's parliamentary group meeting in Nairobi. They also urged their party leader Musalia Mudavadi to join hands with other political parties who shares the same dream. 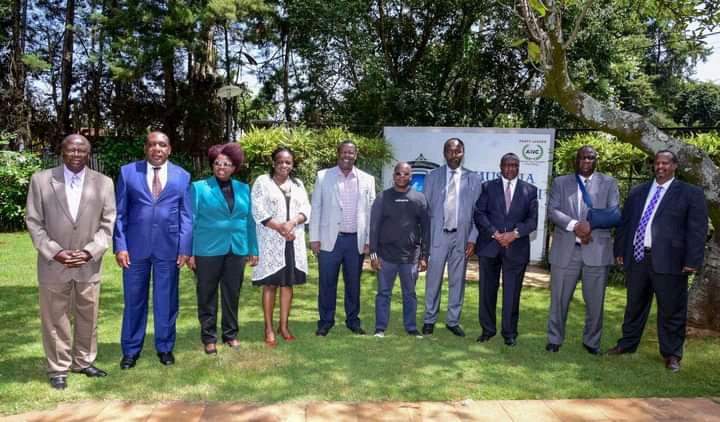 Nakuru: County Government Reportedly Clamps Vehicles Of Kenya Kwanza Officials Who Were In A Meeting

Mutua Alleges Karua is An Atheist, Reveals of Her Secret Believes