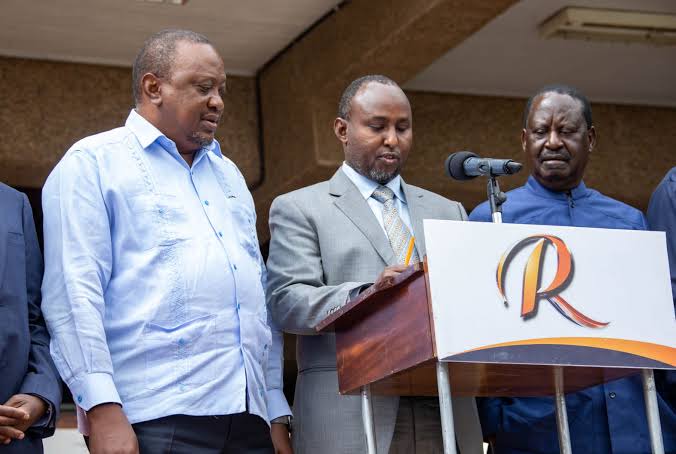 Taking to his Twitter account moments after Ruto statement on Friday morning, the firebrand Orange Democratic Movement party legislator accused the Head of State and Government of politically instigating the four.

According to Junet Mohamed, the President should now be dealing with other issues rather than following up the four dissenting Independent Electoral and Boundaries Commissioners. 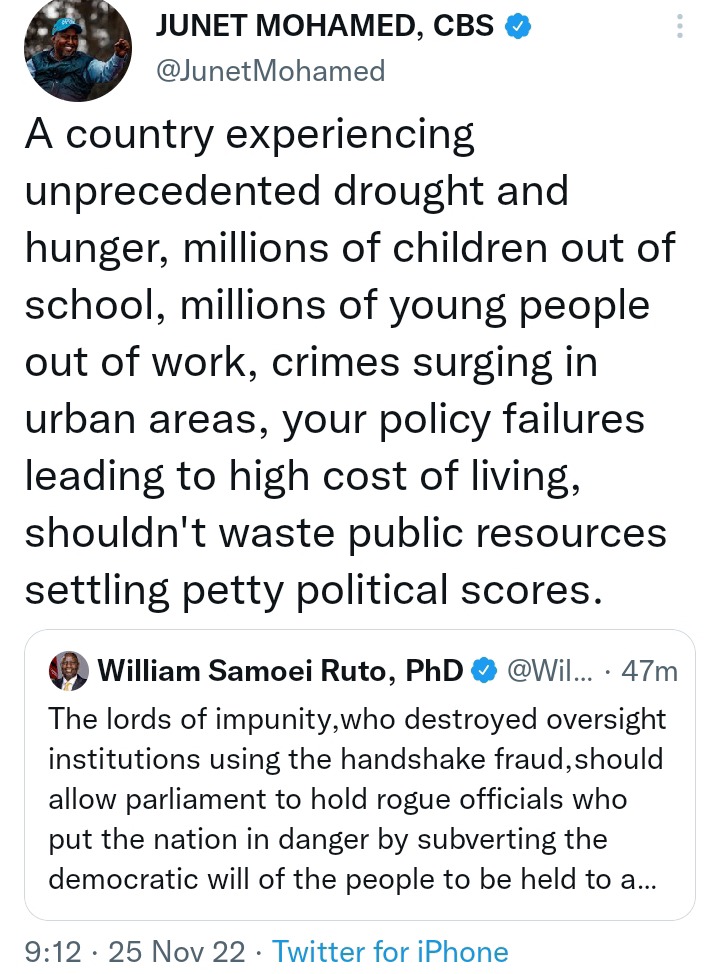 The sentiments by Junet Mohamed comes after Ruto insisted that the four officers will face the full wrath of the law. 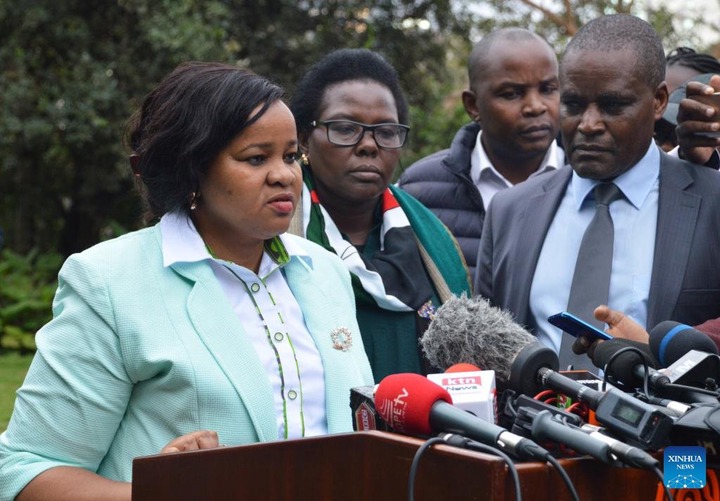 Ruto accused them of putting the country in danger during the announcement of the August Presidential election results.

"The lords of impunity,who destroyed oversight institutions using the handshake fraud,should allow parliament to hold rogue officials who put the nation in danger by subverting the democratic will of the people to be held to account. New order is RULE of LAW not wishes of big men,"said William Ruto.