By Dankaleli (self media writer) | 15 days ago 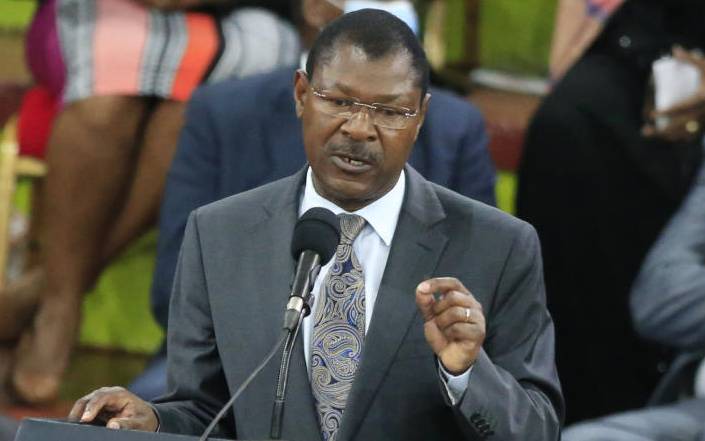 struggle within Ford Kenya Party is not something new. Different factions are fighting to take control of the party, which is headed by Bungoma county senator Moses Wetangula. In the past few months, those allied to Wafula wamunyinyi have been Claiming that, they're the real recognized leaders of the party. Wetangula on the other hand has been on record confirming that, he is the leader and those who are pretending to be owners of Ford Kenya are out to rock the party before leaving it. Well, that might be true as per the latest reports.

According to the information shared by Ford Kenya online platform. Bungoma county Deputy Governor, Ngoma Kibanani has finally defected to Deputy President William Ruto's UDA Party. While defecting, he claimed that, he was given a greenlight by leaders to join UDA Party to realise his own Political dream.

While responding to the defection. Moses Wetangula's led party has claimed that, he was part o the team that was out to destroy Ford Kenya before leaving for UDA Party. The party has assured it's supporters that the party is intact and nothing will break it.

Content created and supplied by: Dankaleli (via Opera News )