By LIPUANEWS (self media writer) | 9 days ago 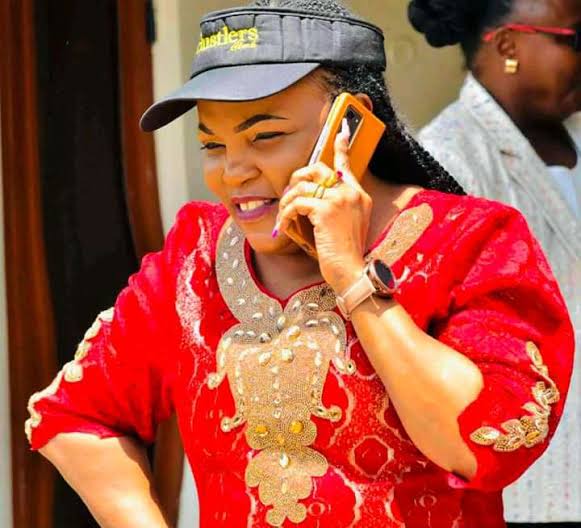 Kirinyaga County Member of Parliament Hon Wangui Ngirici has for the first time delivered signals that her heart doesn't fully belong to the newly formed UDA Party and that it's a matter of time before she declares her stand.

This follows the emergence of confirmed reports that the MP has told DP Ruto and his allies that she is ready to quit Tangatanga and go back where she left she any form of injustice happen during the much-awaited UDA Party's Nomination exercise. Via a message perceived as a direct indication that the MP could be preparing for anything that comes along the way, it's reported that she announced that she isn't a goat to be tied in one location and that she can't and won't force things anymore. 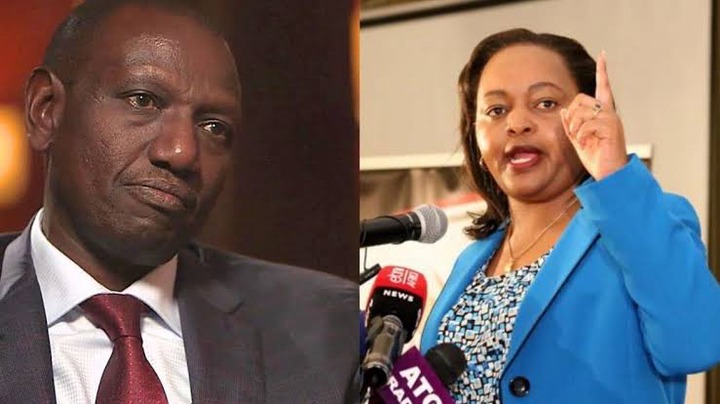 Speaking at Ndia in Kirinyaga West Sub-County during a peace initiative meeting, Ngirici who is touted as a key member of Ruto’s inner circle warned that should UDA ditch her, then she would jump ship as she was not tethered to the party like a goat.

She said she was sure of victory in the governor’s race: “I know how the ground looks like since I am always with the people,” she said. 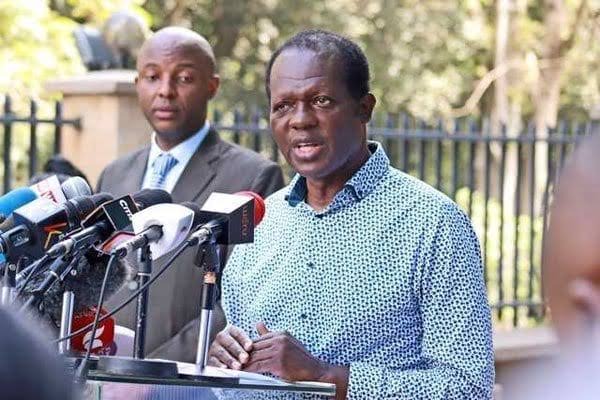 At the same time, unverified claims and reports have indicated that Irungu Kanata is also walking via a tight and lonely political path after his efforts to entice Ruto's UDA Party turned out to be futile. Addressing the nation during another Crucial meeting attended by Ruto and Delegates from the Nyanza region, Johnson Muthama warned that he wouldn't tolerate any form of injustice during the upcoming Nomination exercise and that anybody who feels like there is unfairness, he or she can consider looking for alternatives. 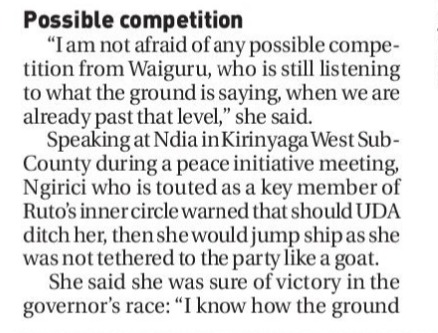 “Hate Me But Please Don't Wish Me And My Family Death,” Boniface Mwangi Plead To Kenyans