By kaliwana (self media writer) | 2 months ago 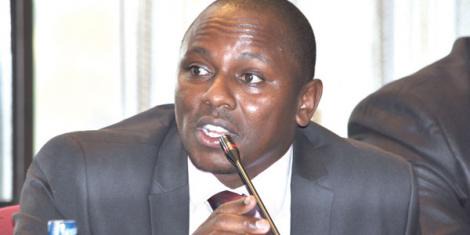 President Uhuru Kenyatta cracked the whip yesterday to the Commissioner-General of Prisons, Mr. Wycliffe Ogalo following the latest development. President Uhuru is on the move to make sure the security of Kenyans is tightened. Me Wycliffe Ogalo was fired and arrested after three terror suspects escaped from Kamiti's maximum prison. Although Kenyans have been speculating that the firing of Ogalo will worsen the relationship between ODM's allies and president Uhuru.

The government of Kenya has left several leaders in limbo as some congratulate our head of state. This message has sparked different reactions from Kenyans, Kikuyu member of parliament honorable Kimani Ichungwah has furiously reacted. Kimani is among the TangaTanga brigade who has been opposing most of President Uhuru's move.

Kimani has requested President Uhuru Kenyatta to crack the whip on CS Matiangi and Permanent Secretary Karanja Kibicho. According to furious Ichungwah, Matiangi and Kibicho have been telling Kenyans to swallow razor blades. Ichungwah has claimed that the two government officers have no time with our security. Meanwhile, Kenyans are advised to stop politicizing security especially as we approach the next general elections. 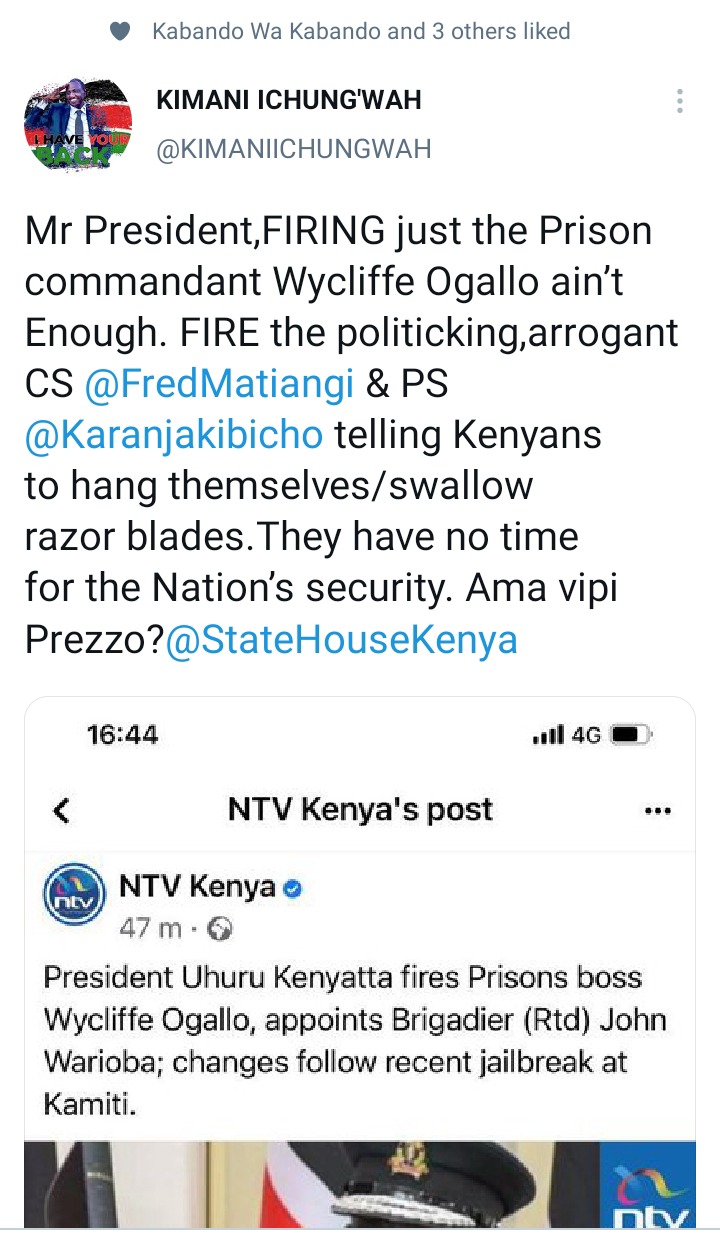