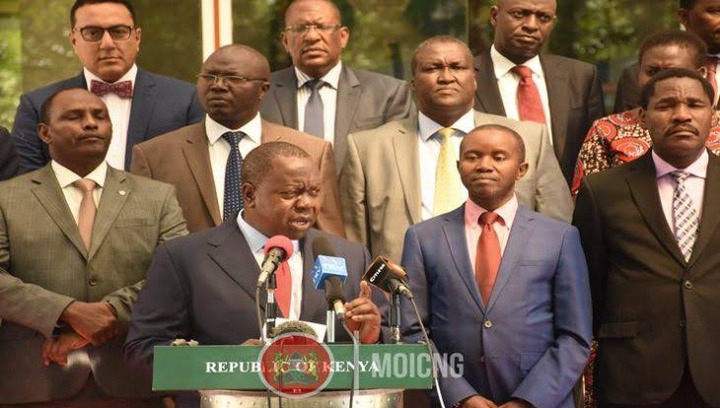 A list has emerged of several Cabinet Secretaries who have will have very great influence in the upcoming general elections of the year 2022.

According to the Daily Nation, the cabinet Secretaries are so powerful that they will be the key ones to watch ahead of the succession of the Head of State president Uhuru Kenyatta.

They are said to be among the ones who will shake the 2022 presidential elections whether they will be running for any elective positions or not. 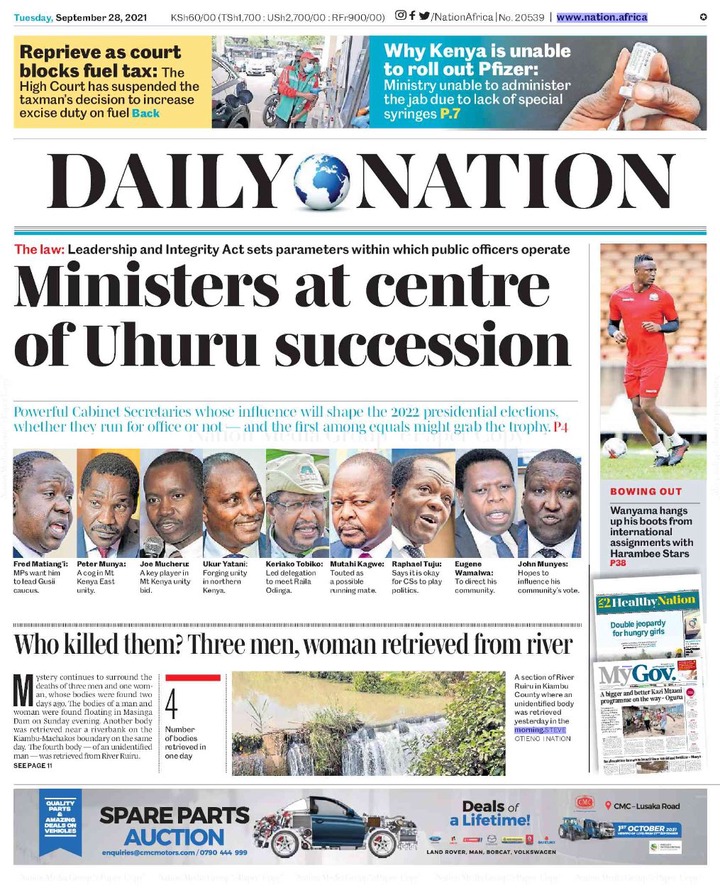 Among the Cabinet Secretaries is the Super CS Fred Matiang'i who is incharge of the Ministry of Interior and Coordination of National Government programs.

The top Cabinet Secretary is in charge of all Cabinet Secretaries and is thought to have taken roles that were being played by the deputy president William Ruto in the first term of president Uhuru Kenyatta's Jubilee government.

He has already declared interest in succeeding president Uhuru Kenyatta but he has not yet started campaigns like some of his close allies in the government die to the critical position that he holds in government.

Others are the Cabinet Secretary in charge of the Ministry of Agriculture CS Peter Munya and his health counterpart CS Mutahi Kagwe both of them hailing from the Mount Kenya region.

They two Cabinet Secretaries are so close to the Head of State that they are thought to be among the key kingmakers from the Mount Kenya region and their influence will have a lot of say this coming year.

Both are said to be after succeding the governors who are serving in Meru county Kiraitu Murungi and Nyeri's Mutahi Kahiga respectively. Peter Munya is seeking a comeback after having been trounced by Kiraitu.