Raila Reveals Amount of Money in Billions That Has Been Looted in Jubilee Gov't, Reveals His Plans 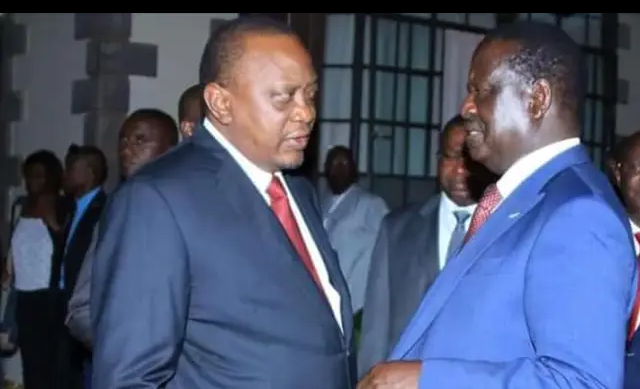 Raila Odinga has claimed that at least Sh700 billion a year is lost to corruption under the current regime, Jubilee party.

The head of the Orange Democratic Movement (ODM) stated that if he wins the presidential election on August 9, 2022, he will close all loopholes to make cash available for his social protection program.

Odinga has vowed to provide impoverished households with a monthly stipend of Sh6,000. In addition, he has promised to assist single mothers who are experiencing economic trouble.

The World Bank 2020 statistics places Kenya's public sector corruption ranking at three, with one being the lowest and six being the highest. This indicates that Kenya has a moderate corruption level. 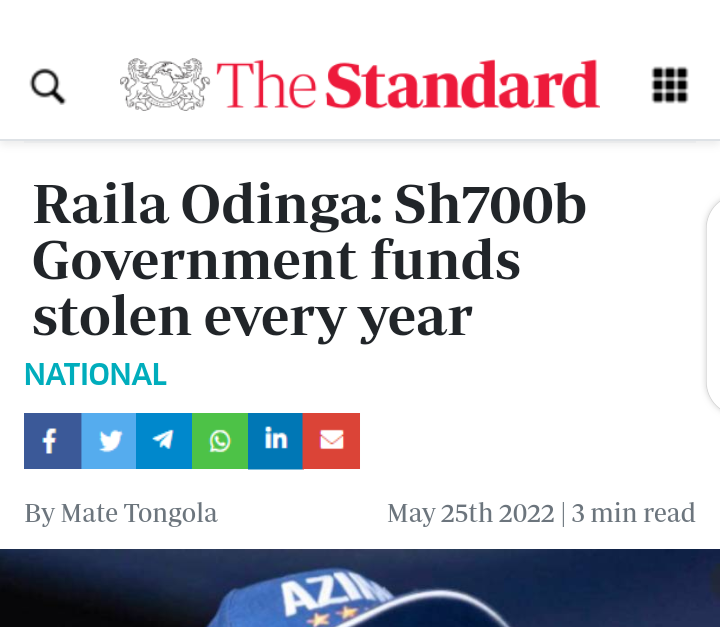 Prior to offering credit facilities to Kenya, the World Bank imposed several requirements aimed at lowering the amount of corruption in the country.

A World Bank judicial initiative contributed to the establishment of a sophisticated data analytics system in Kenya, which is used to monitor the performance of courts, judges, and court workers.

Raila Odinga now alleges that the World Bank has a report indicating that Kenya has lost Sh700 billion annually to corruption.

Between 2008 through 2013, I served as Kenya's prime minister. Previously, I served as a minister in the government of Mwai Kibaki. i am aware of the vulnerabilities they exploit to steal government funds," the former premier further added.