By CynthiaOuma (self media writer) | 4 months ago

Gatundu South constituency member of parliament and Chama Cha Kazi party leader honourable Moses Kuria has revealed when he officially be leaving the ruling party and the reasons as to why he will be leaving at that time. 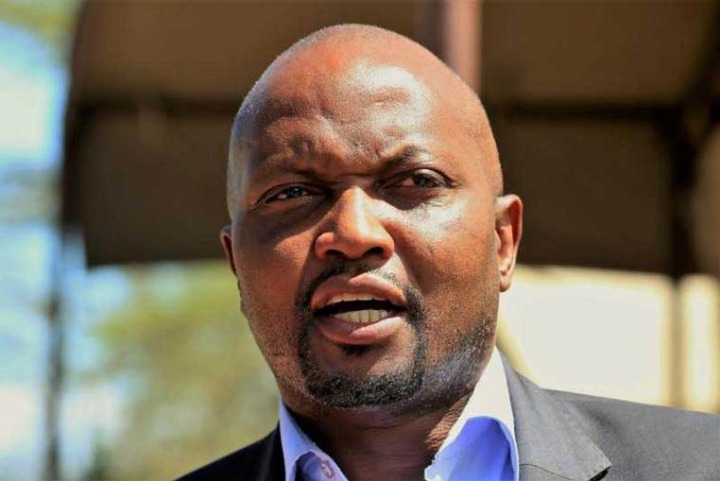 During an interview with Citizen Tv on Tuesday night, the Gatundu South legislator claimed that politically, jubilee party is dead and that they are only trying to run away from that fact.

Kuria said that he will not be a member of jubilee party in the next eleven months and that they ( Moses Kuria and his team) are making plans for the next year that is the election year.

When asked why he has chosen not to officially deregister from the ruling party as early as now and only waiting until next year, Kuria said that that is when the parliament will be dissolved and that will be the best time to leave the party. 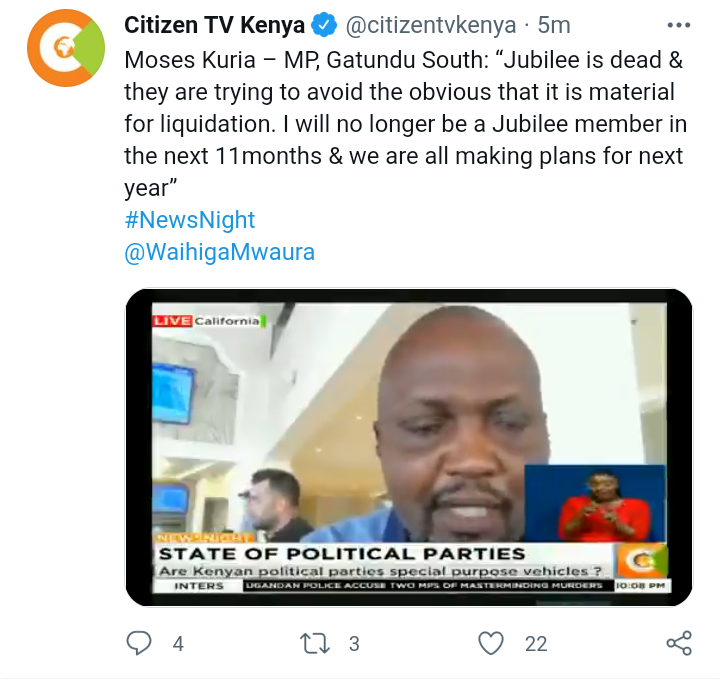 Earlier, Kuria had said that he is ready to work with like minded colleagues in the hustler nation movement with the purpose of uplifting the lives of all hustlers.

This also comes after the Gatundu South legislator declared that he will not be vying for any political seat in the next year's general elections saying that he is busy building his Chama Cha Kazi party.