President William Ruto on Tuesday released the names of the people that will feature in his cabinet just after meeting with the cabinet secretaries that served under Uhuru Kenyatta. The announcement which was made from the State House attracted a lot of attention from Kenyans. As he was announcing the new cabinet secretaries Ruto said that he had received a letter from the Inspector General of Police Hillary Mutyambai in which he requested for a terminal leave. 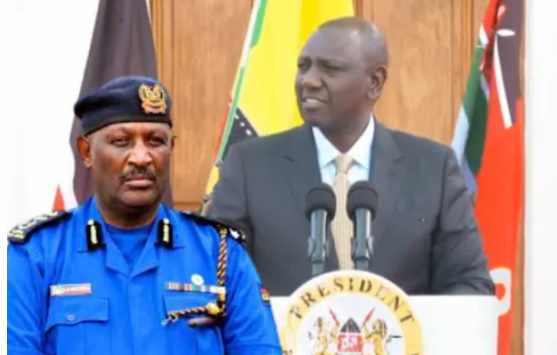 In the letter Mutyambai asked the president to allow him take a leave to attend to his health which has been deteriorating in recent days. Ruto said that he had considered Mutyambai's request and allowed him to take the leave. Some time back Mutyambai went on another leave for health reasons and Kenyans ere left wondering what could be hailing him. The inspector general has less than six months remaining before he retires from his position.

Watch the video in the link shared below. Subscribe for more news updates daily.