What Next For Former Powerful Uhuru-Era Security Coordinator After Losing His Job In Ruto's Govt? 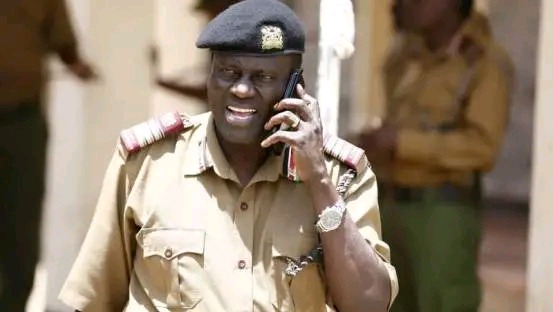 Former Deputy head of public service, Wanyama Musiambo. His job has since been taken over by ex-Turkana Governor Josephat Nanok ( Photo Courtesy).

He rose to become one of the most powerful men in former President Uhuru Kenyatta's second and final term in office. Appointed to deputize the then former head of public service Joseph Kinyua, Wanyama Musiambo suddenly became very close to power.

Owing to his position, he was among the few senior Government operatives who were based at the seat of power: State House.

But with President William Ruto taking over the reigns of power after the August 9 general election, Musiambo lost his powerful position, which was handed to former Turkana Governor, Josephat Nanok who is a close ally of the President.

For the man who won the trust of the former President because of his no-nonsense approach to combat insecurity in the North Rift region when he served as Rift Valley's Regional Coordinator, what does future hold for him?

Widely considered a top performer, Musiambo has a tough decision to make going forward. Could he be forced to follow the footsteps of Trans Nzoia Governor George Natembeya, who succeeded him as Rift Valley RC?

Though 2027 is still far away, perhaps musiambo will also try his hand in politics come the next general election.