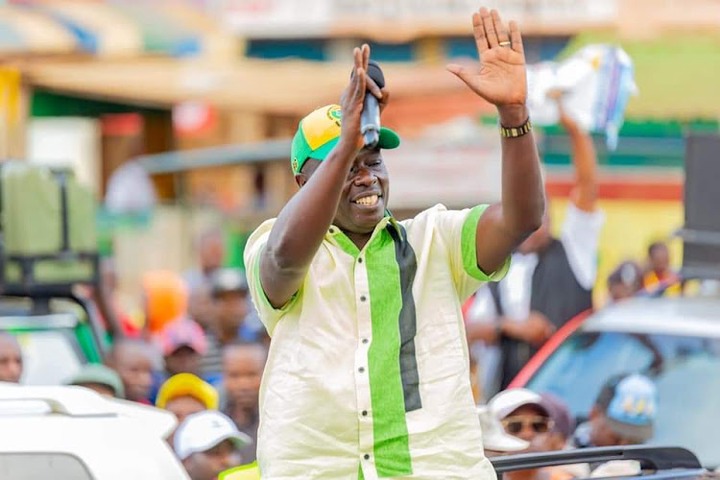 Ruto is up against three other candidates, with his main opponent and the other frontrunner in the contest being ODM party leader Raila Odinga.

But Gachagua has said that Raila will not succeed against Ruto, and will not even be close to the DP when the presidential election results are released.

He has predicted that Raila will score below 40 percent. For him, Ruto will emerge victorious with over 60 percent of the cast votes.

"Kenya Kwanza will win the presidency by about 60 per cent of votes cast. Nothing has changed over the last few months except the fake opinion polls the media is pushing," he told the Sunday Nation. 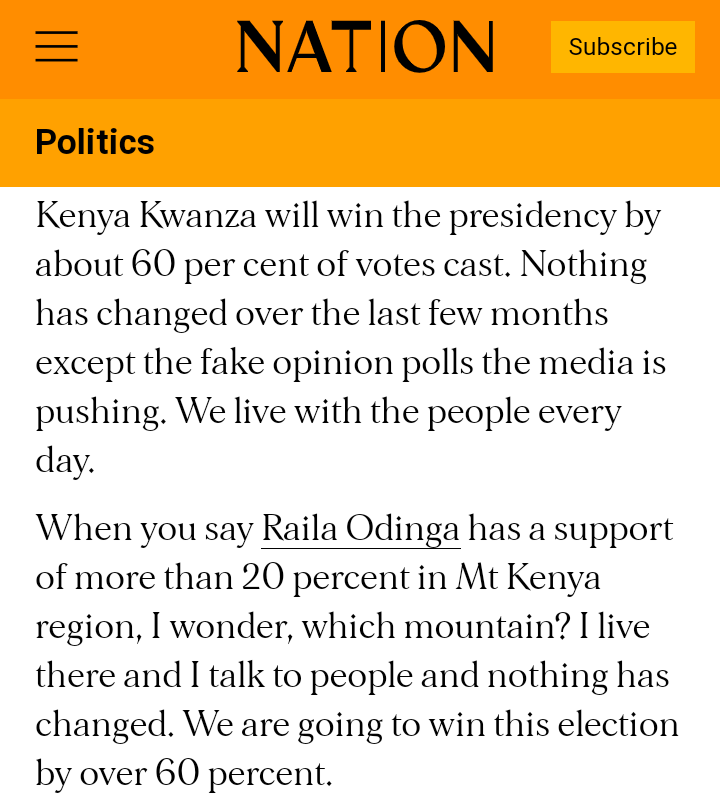 Gachagua has, as a result, told Kenyans to ignore opinion polls placing Raila ahead of Ruto, stating that they are fashioned to mislead the masses.

He has as well rubbished the narrative that Raila is eating into Ruto's votes in Mt Kenya, saying that coming from there, he can confirm that this is a lie.

"When you say Raila Odinga has a support of more than 20 percent in Mt Kenya region, I wonder, which mountain? I live there and I talk to people and nothing has changed. We are going to win this election by over 60 percent," the firebrand politician is quoted.

Interestingly, this is the same margin state officials allied to Raila have claimed will be the distance between him and Ruto in the awaited polls.

Don't Attempt To Announce Results Before IEBC Announces, Chebukati Warns As He Reveals Next Move

Final Results Of Senatorial Race In Bungoma And Kakamega Counties.

Another Jubilee Governor Flops In His Re-election Bid