Here Are The African Countries With Electric Trains

By WillyazoSane (self meida writer) | 12 days 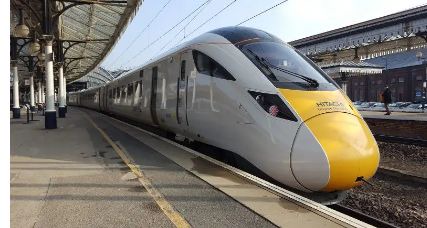 The Electric Locomotive Train is far much faster than any other locomotive devise. Engineers invented the first electric locomotive in the late 19th century and replaced steam power in various countries. Werner Von Siemens, presented the first electric passanger train at Berlin in 1879. The locomotive train was driven by a 2.2KW and reached a speed of 13km/hr. The electric trains use power supplied with a nearby continous conductor running along the track.

Many countries accross the world adopted the inventory including African countries. These African countries includes Morocco, Algeria, South Africa. Ethiopia and D'jibouti inaugurated theirs in 2016 and Egypt launched the second phase of the train on 23rd January this year.

Ethiopia being a landlock country exports their goods and produce through the port of Djibouti. An Electric train that was launched, links Ethiopia's capital (Addis Ababa) to the Red Sea port of Djibouti. This distance takes approximately 750km (466miles). The locomotive travels at a speed of 120km/hr. We can say a trader from the Djibouti's Red Sea port to the capital of Ethiopia takes about 5-6 hours for the journey. It was a great relief for the Ethiopians as it used to take a period of a bout 2 weeks for goods to reach the Ethiopian capital from the Red Sea Port of Djibouti.

The railway was 70% financed by China's Exim Bank and built by China Railway Group and China Civil Engeneering Construction. The Chinese staff were afterwards contracted to manage the train for a period of 5 years, a contract which should terminate by the end of this year. Local counterparts were involved in training so that they will take over when the contract is over. 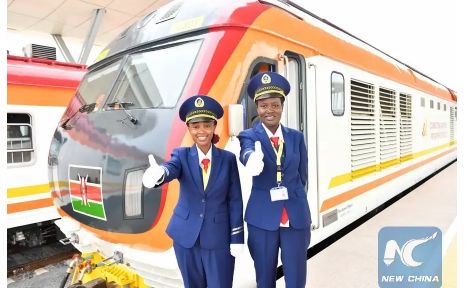 Kenya on the other side, inaugurated the Standard Gauge Railway (SGR) back in 2017. The railway stretches 480km from the port of Mombasa to Kenya's Capital - Nairobi. Kenya initially intended to construct an electric locomotive but was financially limited to a diesel driven locomotive.

The project lucratively cost 3.8 billion US dollar, which made it Kenya's largest infrastructure project since we got Independence. For passangers, trains on SGR line speeds at 120km/hr equally ranging at the speed of electric locomotive of Ethiopia and Djibouti. Freight trains in SGR lines speeds at 80km/hr . This is a major boost rather than we had to construct an electric locomotive which cost lucrative amount that we couldn't manage to generate.

5 Bible Verses That Demons And Witches Never Want To Hear, Use Them To Destroy Satanic Yokes.

Teachers Service Commission Sends This Message to All Teachers