By misen (self media writer) | 8 days ago 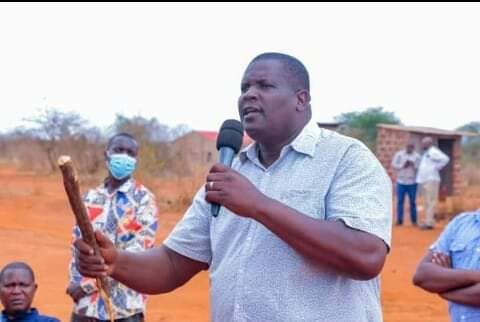 According to the sources with the race which had three top competitors, that is Timothy Maneno of independent, Daniel Kivuva of UDA, and Eshio Maundu of Kalonzo's Wiper, it has come as a surprise to many as the independent candidate Timothy gets declared as the winner of the elections. 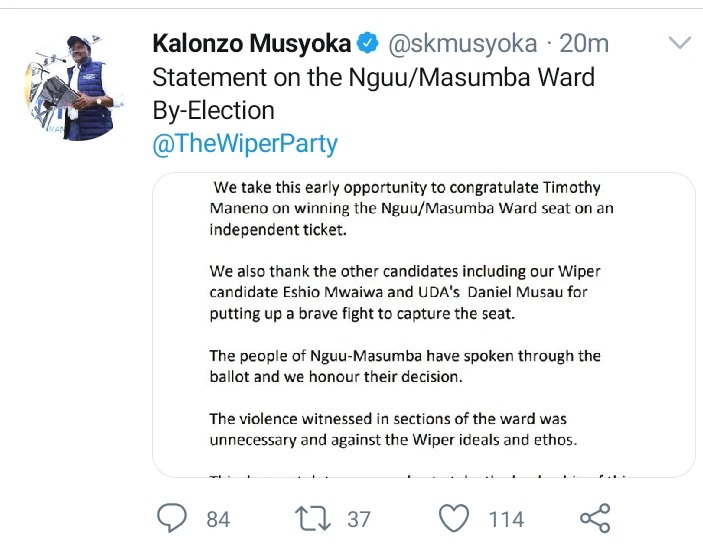 He has grabbed the lead with 2,013 votes, followed by Daniel Kivuva of the UDA with 1,619 votes and Maundu in third place, despite strong support from Wiper leader Kalonzo Musyoka. He received only 1,135 votes. Check the photos of the Timothy captured today; 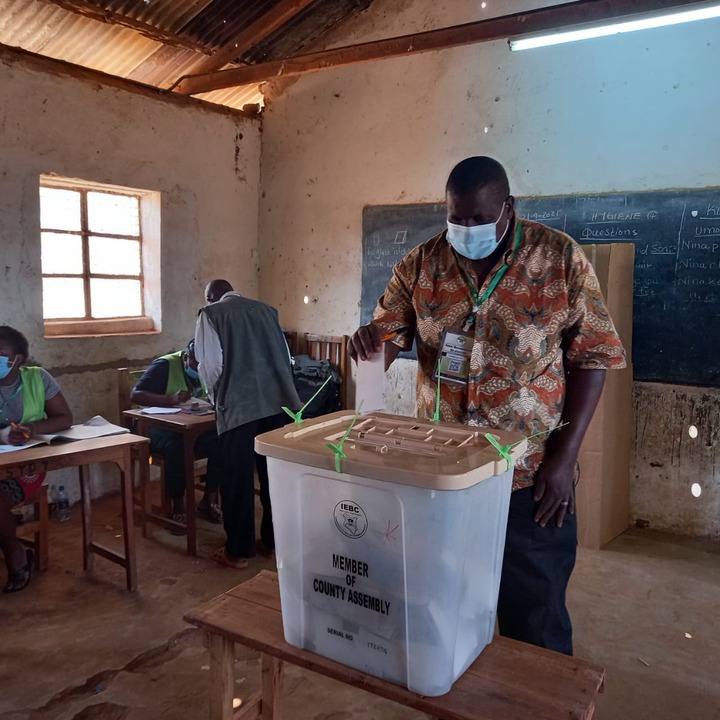 Nobody predicted Timothy's victory because many saw Kalonzo's candidacy as the top favorite for the vacant MCA seat due to Kalonzo's considerable influence in the region as the leading political heavyweight, similar to Ruto in Rift Valley and Raila in Nyanza. Wiper leader Kalonzo Musyoka has now come out boldly and strongly to congratulate the by-election winner at Nguu/ Masumba Ward Timothy Maneno. 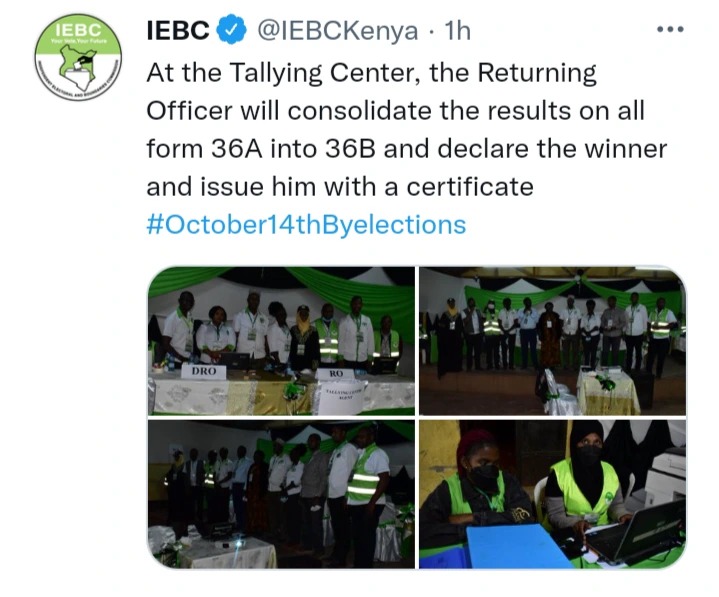 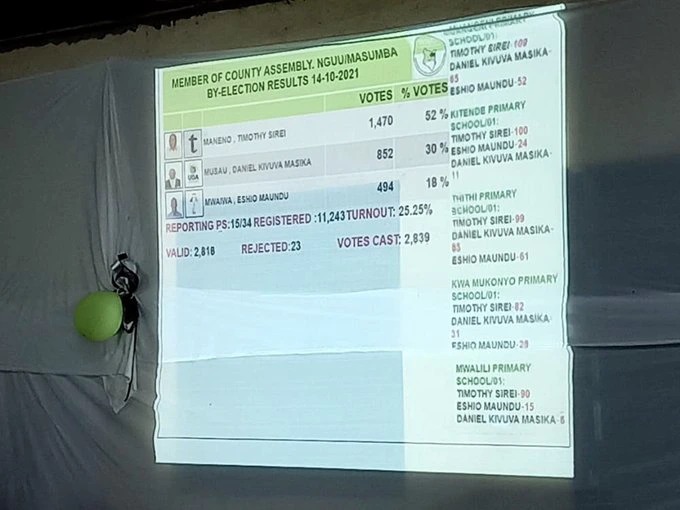 Meanwhile, majority of Kenyans and political analysts expected Kalonzo's candidate to carry the day since the By-election was in Ukambani which is considered his stronghold. OKA Principals including ANC Party Leadere, Musalia Mudavadi and Sen. Moses Wetangula both campaigned for Wiper Party candidate who became position three.