By HeesborneOkal (self media writer) | 12 days ago

The presidential context currently is under two presidential hopefuls that is the next year's election is a two race horse. It is between the the deputy president and his allies and that of the opposition chief Raila Odinga and his allies.

The opposition current controls Nyanza, Western and the coastal regions. He has controled these regions for a very long time that is 15 to 20 years for now. These regions always vote as a block to the opposition chief.

However, In the recent past, the deputy president's activities in the Nyanza and Western region is not in doubt and therefore, can be fruitful to him politically.

Ruto so far has attracted the interest of Migori under governor Okoth Obado, The people of Kuria under the leadership of Kuria east and Kuria west members of parliaments. Here he is sure of hunting votes through these leaders in this region. 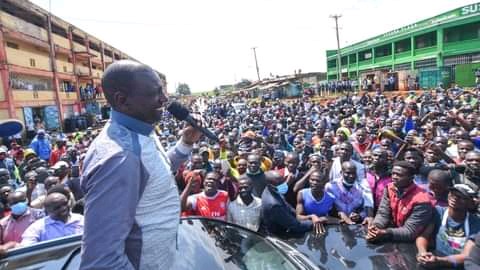 In western region, former kakamega senator Boni Khalwale is Keen of diverting the votes to Ruto's advantage. The absence of Bungoma governor Wickliffe Wangamati, Kanduyi Mp Wafula Wamunyinyi, Tongaren Mp Eseli Simiyu and other MCAs in Raila's last weekend rally brings in concern of Ruto's activities in Western. Wangamati in specific had been accused of working for Ruto in the past but had denied the move. But it's yet to be confirmed.

Another key factor giving Ruto a upper hand in Western is the disunity of the Lughya leaders. So far Mudavadi, Wetangula, among other leaders have not declared their 2022 stand, hence giving other presidential hopeful good chances in the region.

Most of these leaders associating themselves with Ruto had accused the ODM party of dictatorship, intransparrency, lack of accountability within the party. While on the other side they are always being accused of enjoying William Ruto's money and nothing else.

Let's wait and see how William Ruto's activities will change the political temperature in Nyanza and Western. 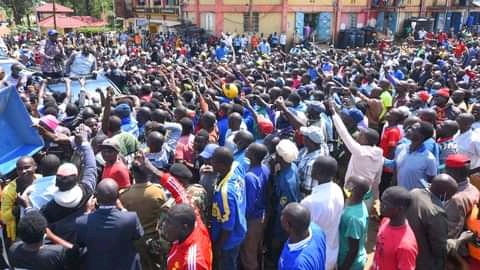