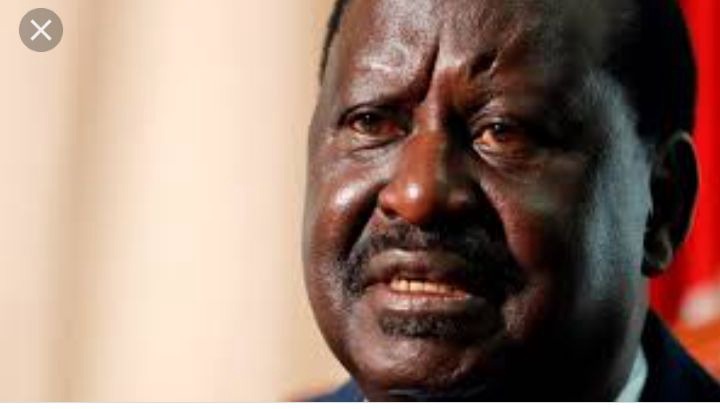 Kenyans have now known their newly elected political leaders in different elective political positions as MCAs, MPs, Senators, Women Reps and Governors. Those leaders who managed to secure the above mentioned political positions will hold public offices for a period of five years before the next general elections which will be held in the year 2027.

According to the current Kenyan constitution, political leaders are suppose to hold their respective offices for a period of five years before the next general election is conducted.

This declaration by Mr Wafula Chebukati was not welcomed by the Azimio La Umoja-One Kenya Alliance supporters including their captain Honorable Raila Amollo Odinga.

Mr Odinga and his team told their supporters nation wide to maintain peace as they promise to challenge Ruto's victory at the Supreme Court of Kenya.

As Odinga's Azimio team are preparing to file a presidential petition at the Supreme Court, Odinga's long-term support from Naivasha made this bold declaration that appear to be a huge blow for Mr Odinga.

According to the TV47, Odinga's supporter has had voted for him four times says that he will not vote again in case the Supreme Court will send Kenyans back to a repeat presidential election. 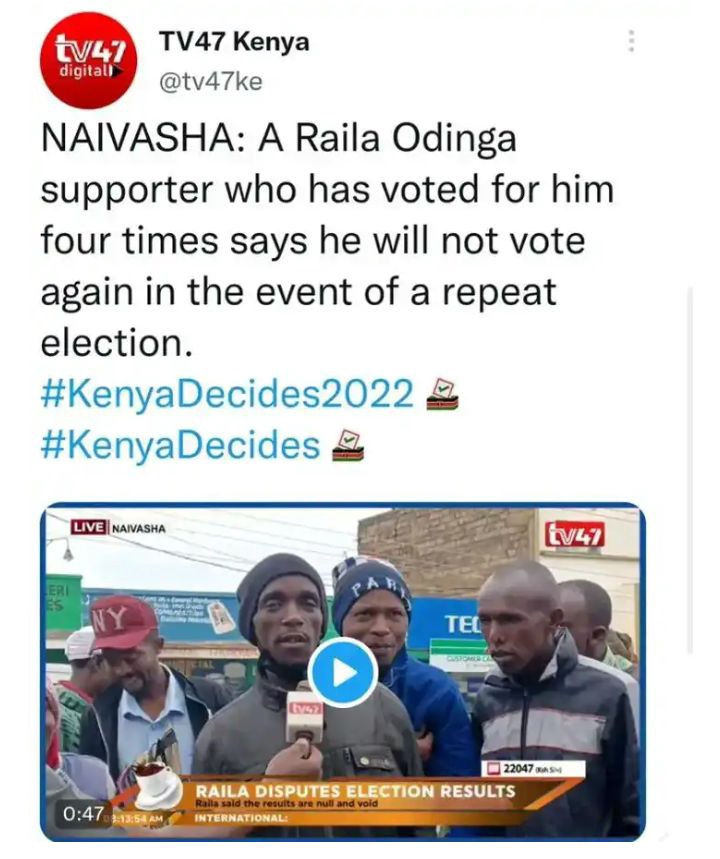 This might be a huge blow for Mr Odinga in case the Supreme Court will order for a repeat presidential election as he may not get this one vote from his long-term supporter.

Test Of Unity in Azimio? Kalonzo's Plan to Face Ruto Revealed As He Starts Process

How Odinga Can Save ODM Party From Dying

What Raila Odinga And Azimio Team Will be Doing Today