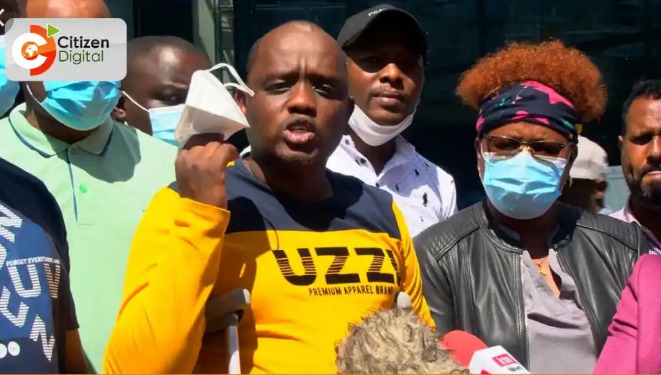 The next election is 34 days away, and various political parties are developing last-minute tactics to sway voters in their favor. Dennis Itumbi, a key Ruto supporter who directs Ruto's online campaigns through his social media accounts and the hustler nation intelligence bureau, has revealed information that suggests the Kenyan cabinet and the government are preparing to support ODM campaigns across the nation. Itumbi has disclosed that a covert stimulus project for the ODM campaign led by Cabinet secretaries has received approval from the Kenyan cabinet.

The ODM political affiliates and a Cabinet Secretary will be present at the massive land titling distribution, which the UDA spokesman said would involve sending Cabinet secretaries across the country on two main assignments. Their message would be that ODM had finished the process.

According to Dennis Itumbi, 1 billion has been set aside to cover allowances for both the ODM-affiliated politicians and the cabinet secretaries. Additionally, he stated that a political-motivated food relief program would be implemented to provide food to those living in areas where there is a food shortage. Raila Odinga, the presidential candidate for the Azimio One Kenya alliance, is being misrepresented to voters in the affected areas, according to Itumbi. Marsabit, Mandera, Turkana, Isiolo, Wajir, West Pokot, and Baringo are among the regions. 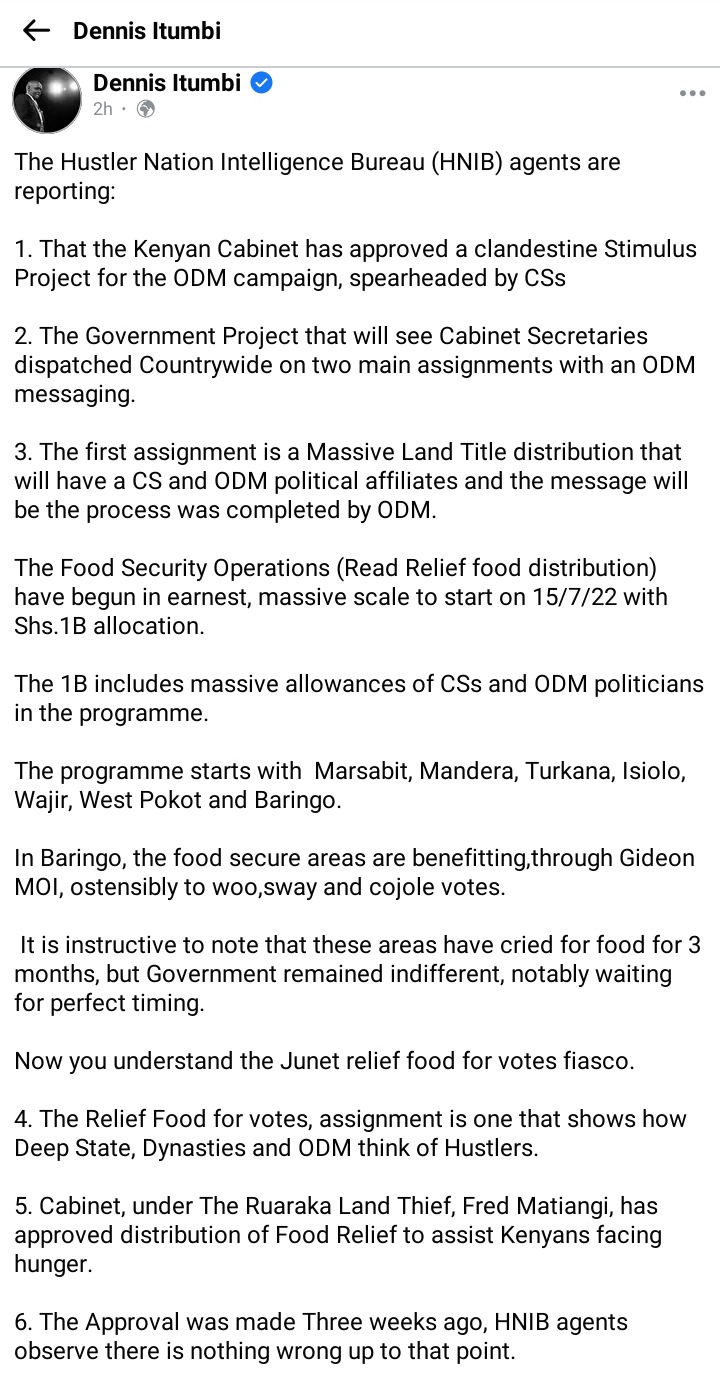 Provisional Presidential Results As At 7:42 Am