By Kenyanews (self meida writer) | 26 days

The Woman Representative of Kiambu County in the bicameral Kenyan parliament and a member of the ruling political party, Jubilee Party of Kenya Peninnah Gathoni Muchomba popularly known as Gathoni Wa Mucomba has denied allegations of election malpractices by the Jubilee members.

Addressing various media outlets in the country this Tuesday morning, Gathoni provided that those claiming that Jubilee is organizing a blackout to rig the Juja parliamentary by- election.

Gathoni also assured residents of Juja that she has already communicated with Principal Secretary for Energy Joseph Njoroge who assured her that no one will tamper with the power of the area. She further termed the allegations as propaganda of those who know that they have already been defeated. 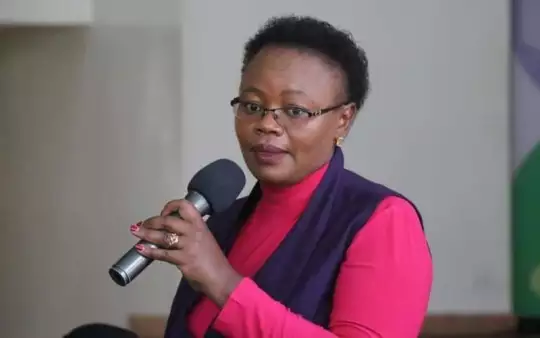 The Women Rep urged the IEBC to be flexible to accommodate all electorates to exercise their right to vote claiming that as Jubilee they have so far been impressed by the ongoing security process in the Constituency. The Jubilee parliamentary candidate for Juja Constituency is Susan Waititu who is the wife of the late former Member of Parliament Francis Munyua Waititu who succumbed to cancer in February leaving the political office vacant.

Her main rival seems to be United Democratic Alliance' s (UDA) George Koimburi who managed to overcome his forgery case.

A dark Monday for Kenya