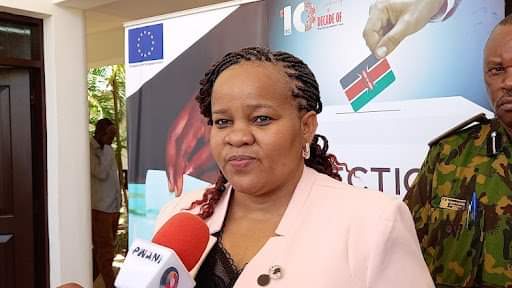 Orengo, a viral Laywer, has accepted the changes in the IEBC, asserting that, in the recent past, the commission has been so seasonal, sounding a warning to the commissioners who are coming to take over from the current team.

While addressing the matter, Orengo, noted that, he is putting aside the political differences on his views, adding that in any Democratic country the stability of the Electoral body is important and one that cannot be put under the bus. 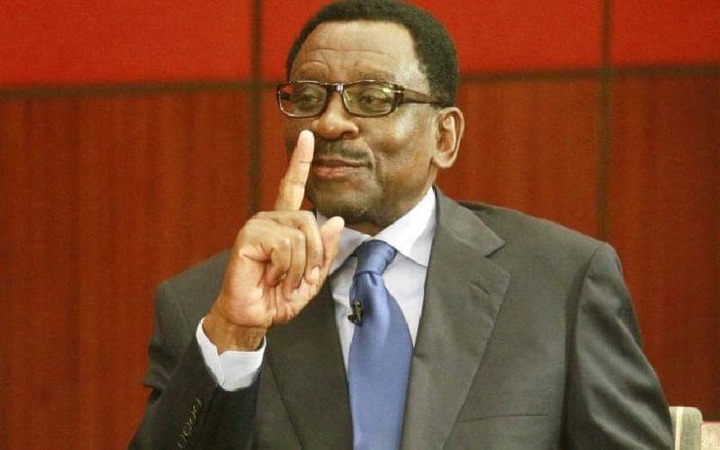 The Senior counsel, pointed out that tragic awaits those who are on the list to take over those positions, spelling doom to them, on grounds that, the politics of Kenya has taken over the electoral body.

"Politics aside, the stability and independence of an Electoral body is an important indicator of the state of democracy in any country. IEBC has become transactional and seasonal. There will be other seasons with other crops of leaders. Tragic fate awaits future commissioners, " he said.

The Cherera's withdrawal according to her came after she had hold a thorough meeting with her family and Lawyers, revealing that she was it fit for both the Commission and her family's sake to drop her weapons. 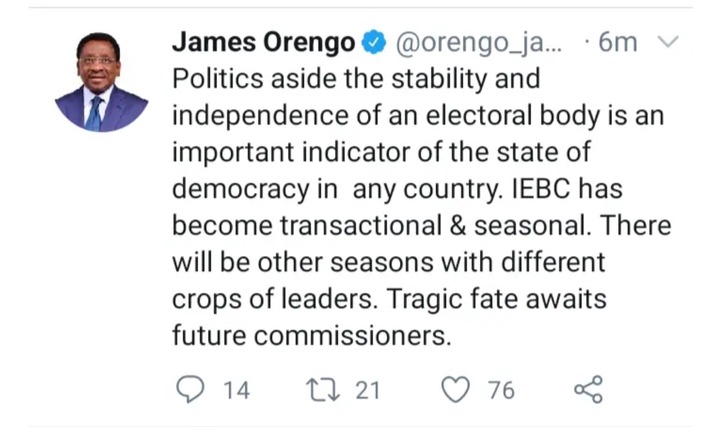 She further noted in a letter to President William Ruto, that in her service, she served wholeheartedly but her efforts were negatively taken and her continued stay at the IEBC office would result into ugly turnout of event amid the highly planned and awaited national demonstration that had been prepared by Raila.

Orengo is more concerned on the new commissioners taking up from the IEBC Chair Mr. Wafula Chebukati and Cherera.