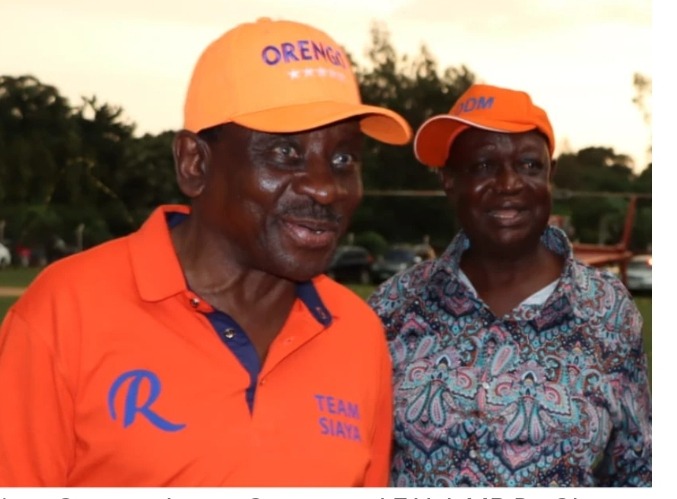 The duo asked Siaya residents to Forgive the Orange Democratic Movement party family over the irregularities that were witnessed in during the exercise which knocked out some individuals from the race.

They however defended themselves arguing that they were not involved in the irregularities but have decided to ask for Forgiveness on behalf of the party.

Orengo asked the residents not to embarrass him as Raila has promised to to increase allocation to Siaya County and this will only be achieved if the governor is elected from the Orange Democratic Movement party. 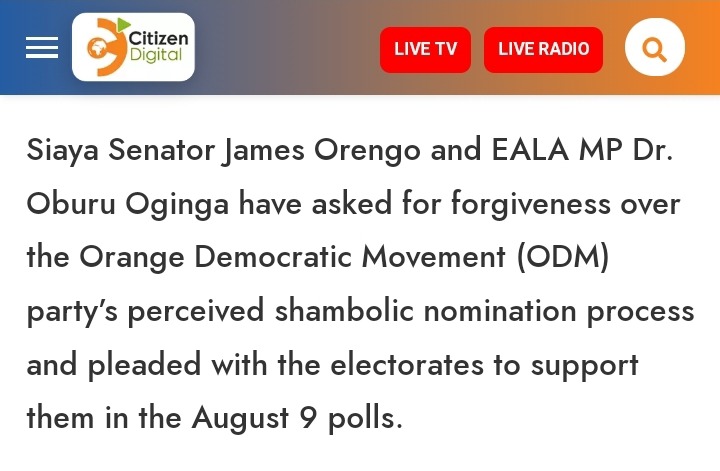 President Uhuru speaks after casting his vote in Gatundu South:" Everything is working well"

Another MP Aspirant Arrested While Allegedly In Possession of Machetes at a Polling Station.

DP Ruto's Message To All Kenyans Today After He Voted