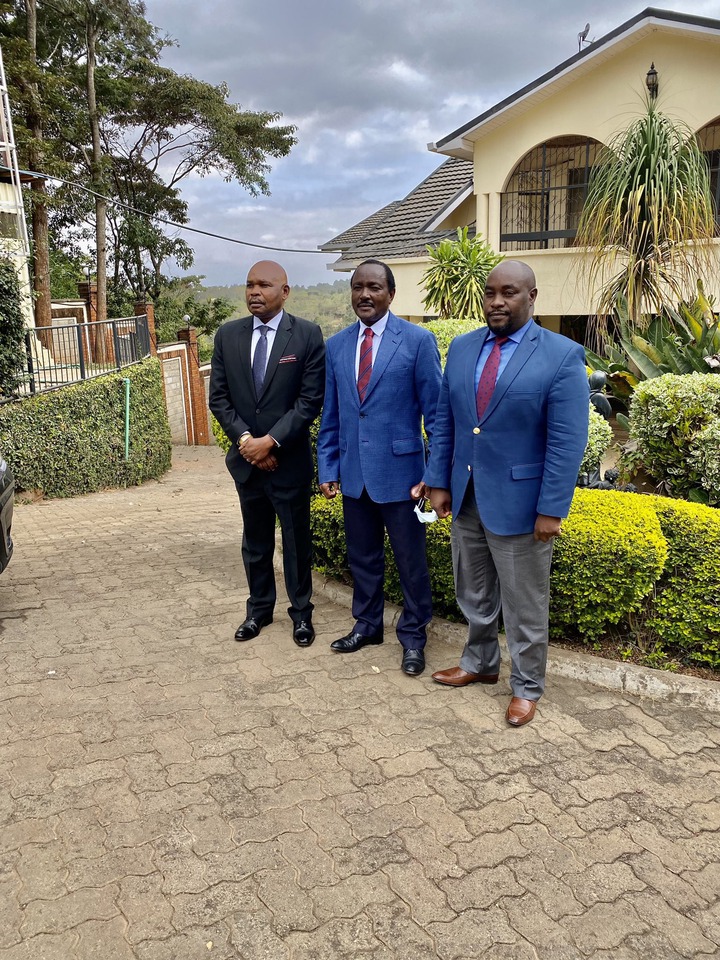 According to the post shared by Mutua, the three held a meeting that could probably bear good fruits to the Azimio camp.

The meeting comes few days after Kalonzo Musyoka decamped from Azimio Coalition where he launched his presidential bid after unveiling Ole Senkuli as his running mate however, since Monday Kalonzo has been appeared in public limelight as details also emerge of a position return to the Azimio camp. 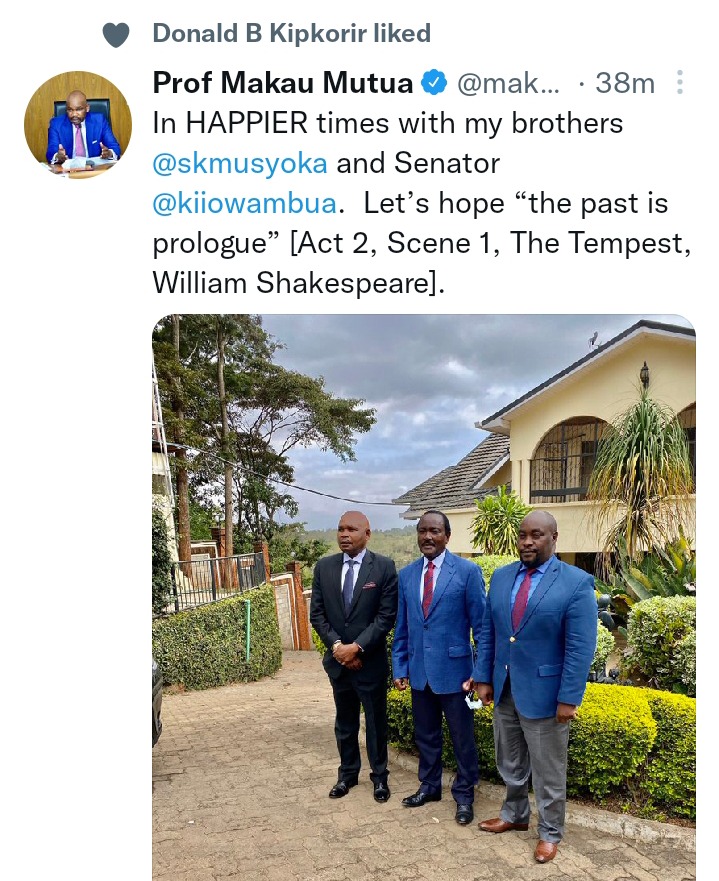 Kalonzo who seriously wanted the running mate position in the Azimio Coalition was demotivated after Raila Odinga named Martha Karua as his running mate from the coalition this forced Kalonzo to run for his own way, as he is yet to be cleared by IEBC as a presidential candidate.

Makau Mutua is an advisor of Raila Odinga and meeting the two could possibly result to a possible return in the Azimio team.