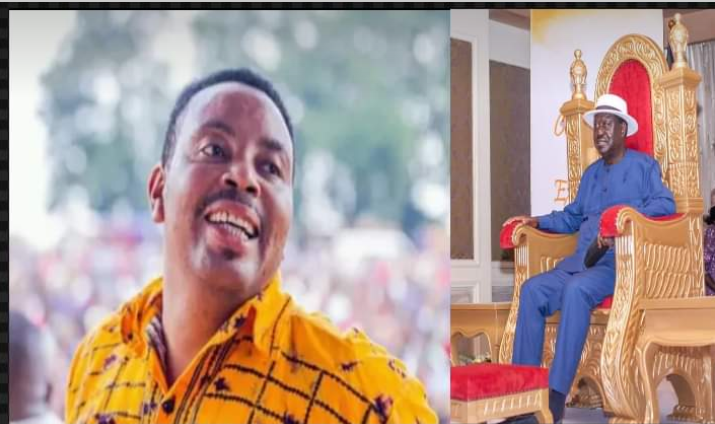 Speaking during an interview with one of the local TV stations in the country,Ben revealed that he is not a supporter of Baba but would easily support him if President Uhuru Kenyatta endorses him as the person to succeed him.

"I am a staunch supporter of Uhuru, if he says I support Raila, I will support him,” Ben Githae said.

During the interview the Tano Tena hit maker,also mentioned that he is ready to release a song for the former Prime minister as we are approaching 2022 general election.

Ben also responded to the claims that he is already supporting Raila after a photo of him and the later emerged online.

He said that he was photographed with Raila during his event in Muranga,during ceremony Skiza thanks giving event, and he attended not as Raila's supporter but a defender of Kenyan artist.

From the interview,Ben said categorically that currently he is not supporting Raila but would do so if advised by Uhuru Kenyatta.