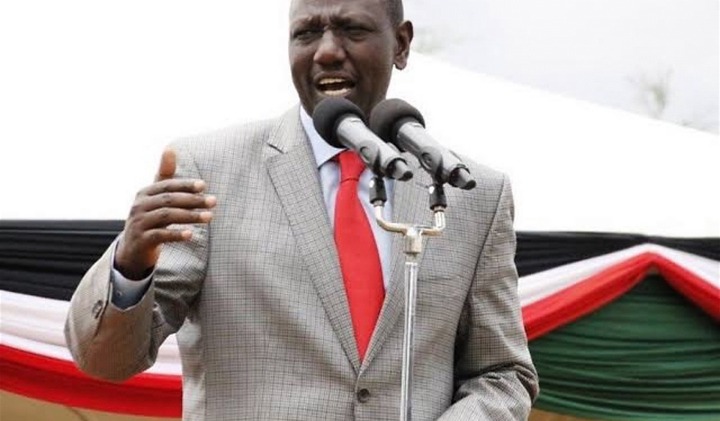 Lawyer Ahmednassir Abdullahi has told off a section of leaders together with alleged Azimio Minions for attacking President William Ruto for holding prayers at State House, at a time when they have to concentrate on the economic revival and also matters sorrounding the succession issues.

Abdullahi now says that the move is totally good and not against any kind of society morals, as many might term it because Kenyans have been complaining that the former regime, that was led by retired President Uhuru Kenyatta encouraged many issues that were against Christianity, and aven deprived Kenyans of the needed spiritual nourishment, as a Country. 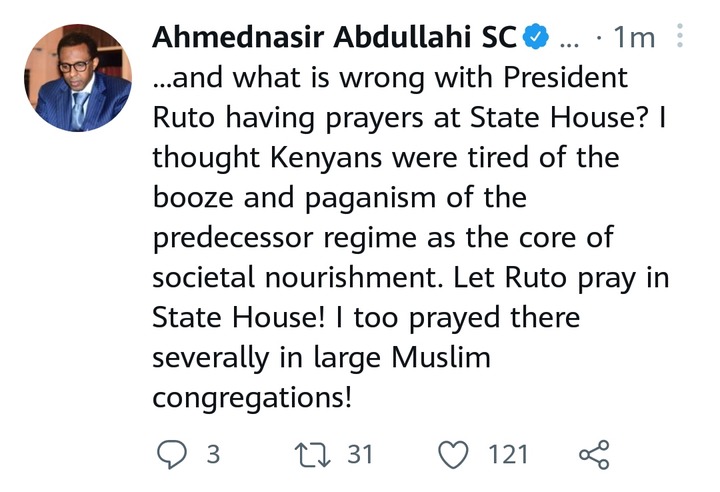 He further went ahead to claim that He also played there while in company of other Muslims who availed themselves for the service, while donned in their religious clothes and other attires, and this was considered the best happening ever.

His statement comes at this time when some social media users came out and castigated the head of State, some alleging that He should have taken the service outside the State House to the church of the believers who came to the gardens, while others were of the opinion that Kenyans should have been involved by giving their own personal opinions, so that the majority would be accorded the right answer.

This marks the second time that the city lawyer has came out guns blazing to protect Ruto from such attacks. Six months ago, He also engaged in a Twitter fight with His close ally Mohammed Wehliye, after the Banker attacked Ruto while terming His move to camp in the Central Kenya region as a way to trap the votes and not to help ordinary Kenyans.

Ruto however proceeded with the church meeting with the Clergy, and in some trending photos and videos, He was seen together with Pastor Pius Muiru and others while singing and dancing to the various religious hit songs.

During one of His past addresses during the campaign period, Ruto had also stated that He will keep His behavior of praying with Clergy, even if He is attacked, since the nation needs to take the lords way and through divine intervention, many things will be possible.

Prayer Before You Go to Bed