In what has emerged as a fresh alcertation within Azimio outfit, Kiraitu Murungi has now vowed to campaign for UDA party Candidate in Tigania East Constituency in a bid to deny EALA MP Mpuru Aburi a chance of emerging victorious.

It should be remembered that Aburi is among the notable figures in Meru county who are aligned to Peter Munya,who is a fierce critic of the governor. 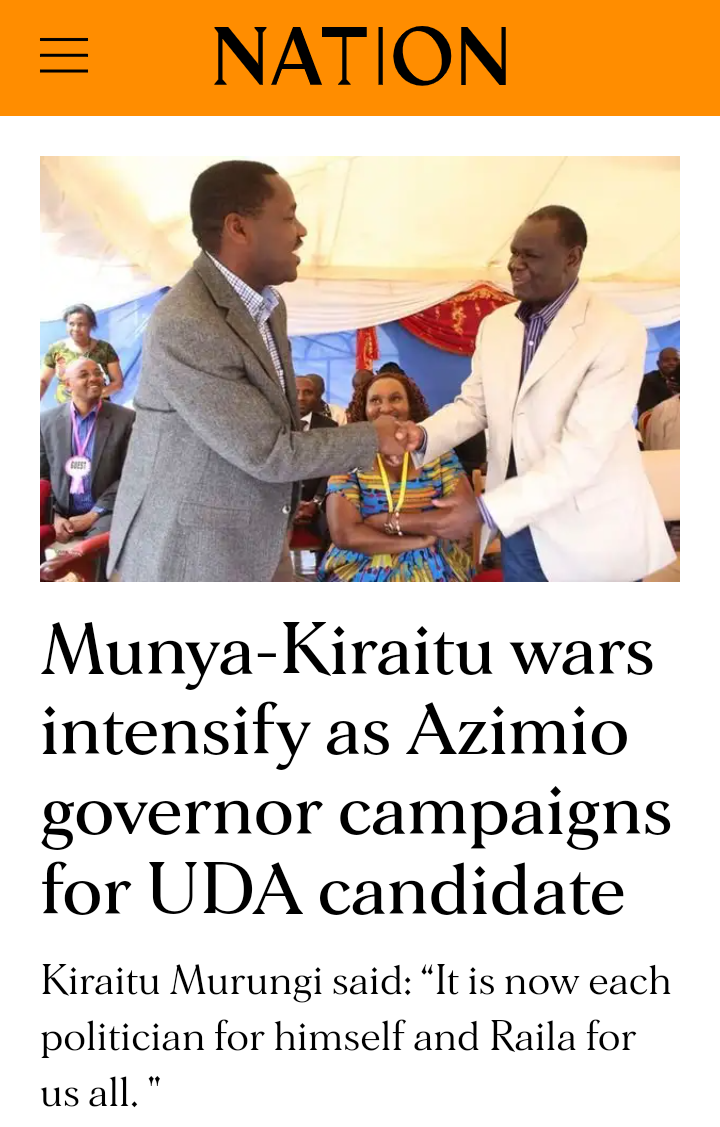 This latest move by Murungi is in retaliation to a recent move by Aburi to drum up support for Mwangaza Kawira,an independent candidate who is equally eyeing the Meru Gubernatorial seat at the expense of Kiraitu.

To further fuel the already escalating feud between him and Munya, Kiraitu has now boldy declared that each canditate to distinctively look for his or her own votes with the bottom line that, Raila is for them all

This latest move by Kiraitu is unhealthy move as it could end up beefing up the chances of their opponents, especially UDA to reap big by winning majority of elective seats in Meru county come August ninth. 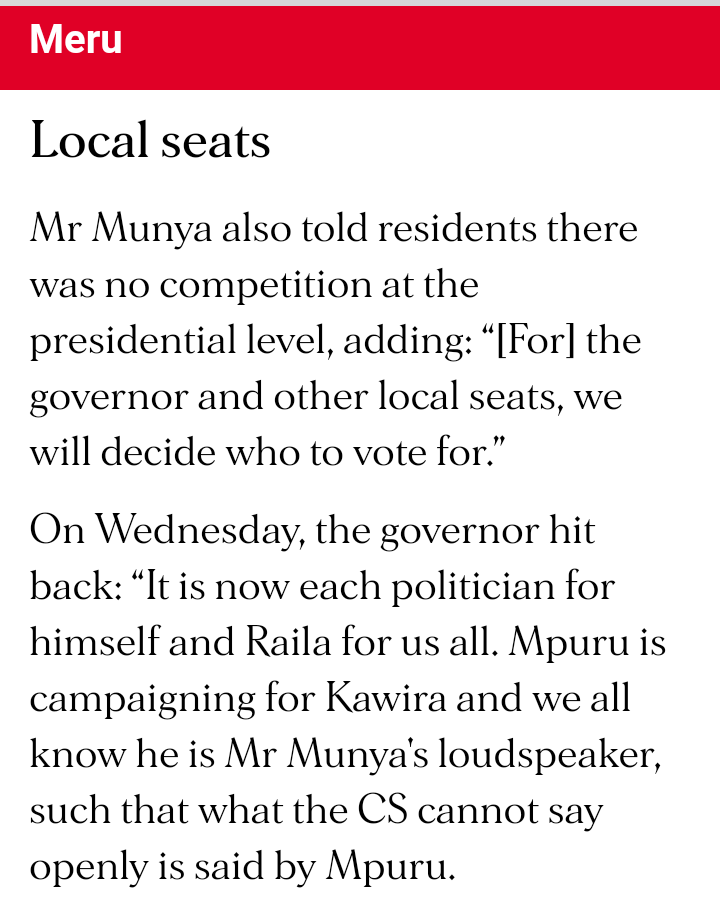 Photos: Battle At Bomas As Details Emerge Of Spotted Strange Computer Devices In The Tallying Area

Provisional Presidential Results As At 15:45 pm Shows A Closing Gap Between Raila And Ruto