President William Ruto yesterday opened the 13th Parliament and the Senate at the National Assembly.

Although this terms have made Kalonzo Musyoka to react by alleging that President Ruto should have a measure of respect to the former President Uhuru Kenyatta after he peacefully handed over the power to him.

Although Senator Cherargei of Nandi County who won the seat on a UDA ticket has attacked Kalonzo alleging Uhuru did not hand over the power in a peaceful way but it was constitutional duty of him doing that.

"If Kalonzo Musyoka was not busy dying his hair black he would know that handing over power is a constitutional duty. He should stop lecturing H.E Ruto on how to run govt & allow H.E Ruto to transform the country which has ailing economy created by Musyoka friends." Senator Cherargei said. 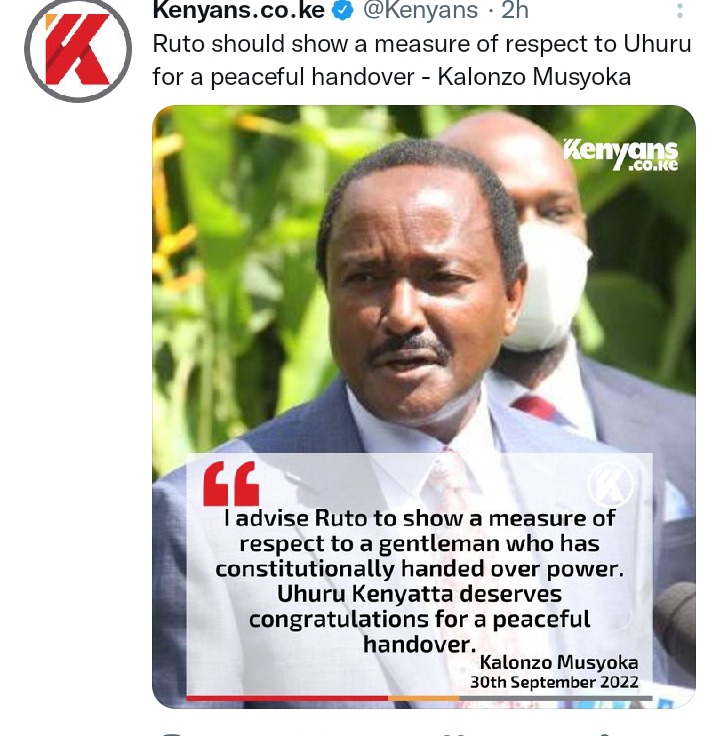 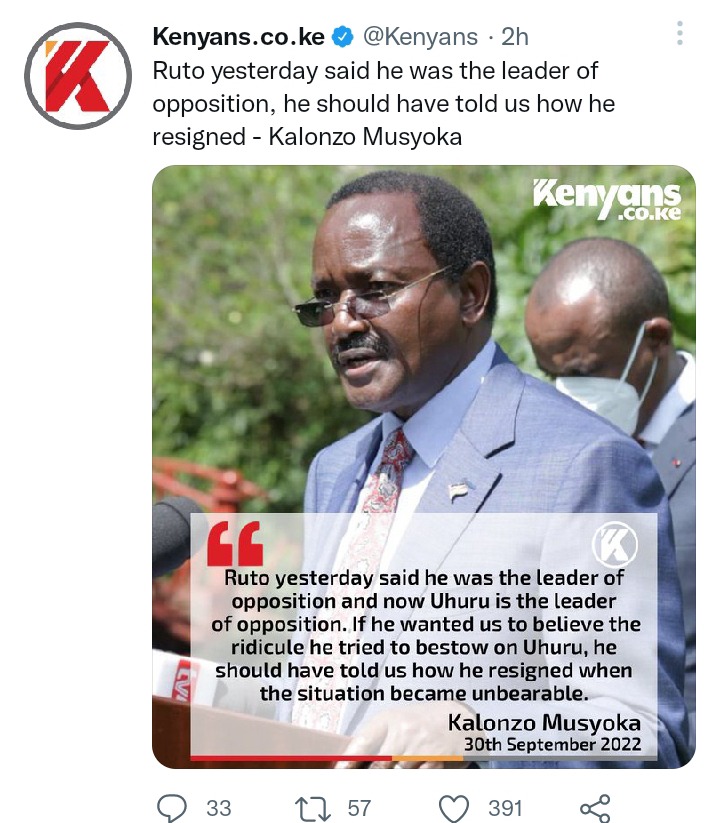 Content created and supplied by: @jumah. (via Opera News )