Is There Possibility For The Next Presidency To Come From These Two Communities?

By OurWorldPolitics (self meida writer) | 1 months 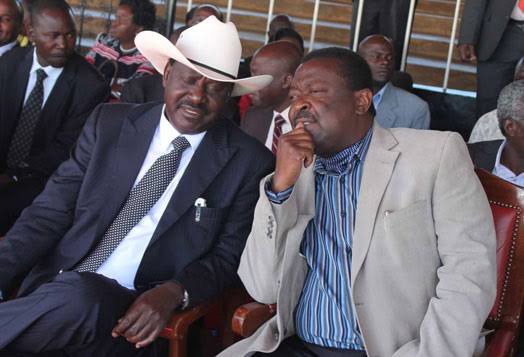 The 2022 general elections is almost here with politicians grouping and regrouping themselves in coalitions that they aim to use ahead of the coming presidential elections. While many Kenya's believe and hope that it is very likely that the next president might be Raila Odinga or William Samoei Ruto, some political pundits believe that there might be a compromised candidate who might win the elections in 2022.

The One Kenya Alliance has not announced their preferred presidential flag bearer, neither have they said their running mate. All the members wish to be endorsed as the flag bearer. Kalonzo Musyoka, Musalia Mudavadi and Gedion Moi all believe that they have what it takes to be the president. But Herman Manyora who is a political analyst in this country thinks otherwise. He believes that the One Kenya Alliance does not have what it takes to win a presidential election.

But which community is likely to produce the next president and deputy. In my considered opinion, I strongly believe that if Raila Odinga and William Ruto will be on the ballot then expect no other president but one if them.

Kalenjins and Luos have both once produced a deputy and vice president, although Kalenjins produced a president already. This time around, it might be there time for the Luo community to produce the top guy. According to how the political winds are blowing, Raila Odinga is likely to be the next president of the Republic of Kenya if he decides to run.

The luhya nation in my considered opinion will produce the deputy president. They have the numbers if only they vote in one political basket. This will be possible if Raila Odinga works with the Mulembe nation (Musalia Mudavadi) ahead of the general elections. I don't know what you think but that's my take. Remember to comment and share.

Nairobi Lady Jilts Her Man After Noticing He Is Getting Poor

KEMSA Scandal: Cabinet Secretary Of Health Reveals The Following Details after Being Interrogated