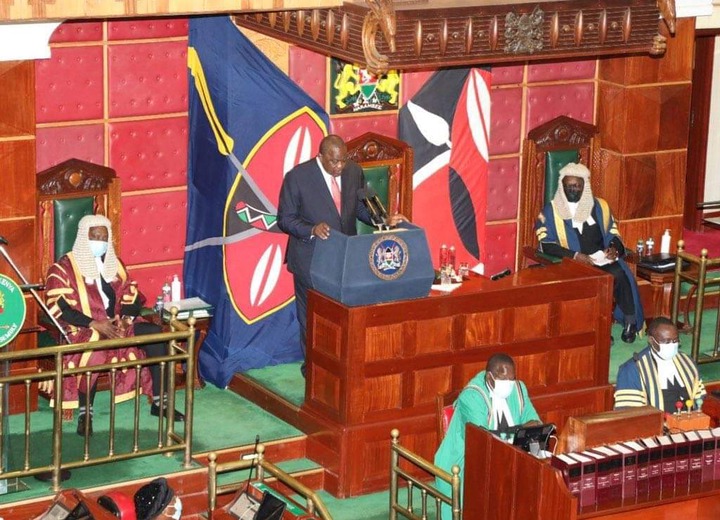 Photo : president Kenyatta's Speech on the state of the Nation.

Among those who were in attendance were Raila Odinga, DP Ruto, speakers of both the National Assembly plus Senate among other dignitaries from the three arms of government.

The President's speech has been termed by most Kenyans as long with some claiming it was poor. Towards the end of the speech, even the president himself admitted that he was tired after reading the speech for hours.

Garissa Township MP Aden Duale has reacted to president Uhuru's speech and faulted it for missing the point, Seemingly disappointed, Duale claims he abused the legislature and also attacked the Judiciary - probably because of the BBI reggae that was stopped by the court. 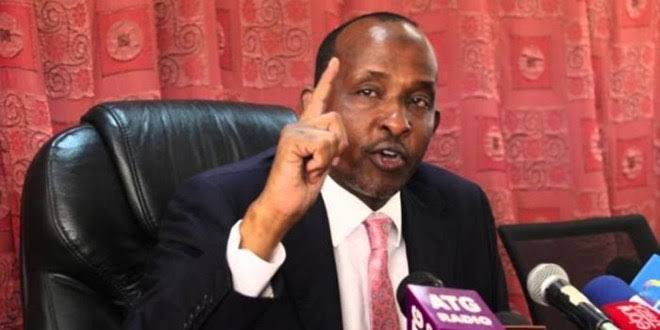 "The president has missed the point, this speech went out of the way on what he is supposed to say. He abused the legislature and attacked the judiciary" Aden Duale said.