Lt. Gen. Muhoozi Kainerugaba, the First Son and Commander of the UPDF Land Forces, has declared that he and his group will never accept singer and politician Robert Kyagulanyi, or Bobi Wine, as President of Uganda. 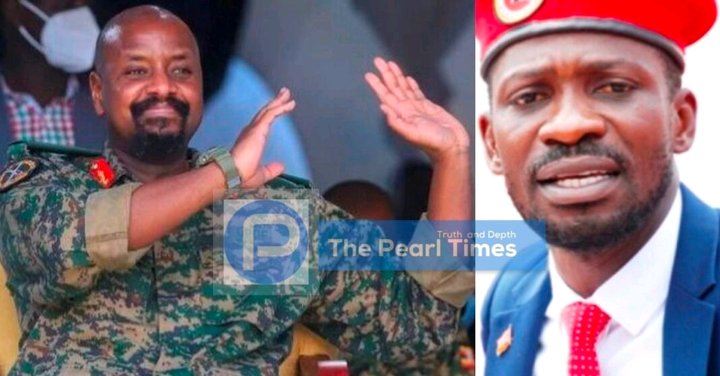 Popular singer said he was set up. Although he initially challenged Museveni's reelection in the Supreme Court, he ultimately decided to take the matter to the "public court."

Whether or if Bobi Wine will seek the presidency in 2026 is still up in the air.

Yet, Kainerugaba has recently stated that Bobi Wine will never hold the office of president in Uganda.

The Commander of the UPDF Land Forces has declared that singer/politician National Unity Platform (NUP) leader Kabobi will not be allowed to become president.

We will never let Kabobi become President of this country," Muhoozi wrote.

He also claimed he might win the presidency by beating off Bobi Wine.

It wouldn't bother me if Kabobi won the election. And I would beat him badly!" he exclaimed.

Muhoozi, however, has been predicted to receive less than 5% of the vote if he were to run against Bobi Wine. For the Full Story, Click Here .