Before 'Almost Slapping Him' in 2017, Insider Reveals What Ruto Did in Uhuru's House in 2013 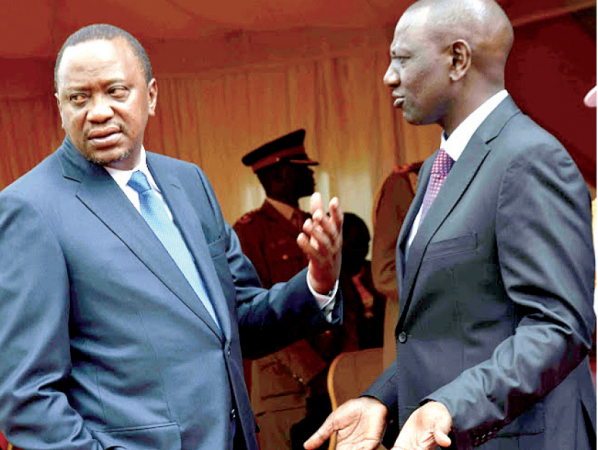 This follows reports that Uhuru was almost giving up on his 2017 re-election bid, after the Supreme Court nullified his re-election and ordered for a rerun.

It is now in public domain that it took the intervention of his deputy William Ruto to pressure him to vie, before he agreed, vied and secured a second term.

It is now coming out that the same thing happened in 2013, when Uhuru decided to support another candidate upon learning that his presidency would attract sanctions from foreign countries.

This has been revealed by Tharaka Nithi Senator Kithure Kindiki, who was then Uhuru's lawyer, at a time when the President was facing cases of crimes against humanity at the Hague-based International Criminal Court (ICC). 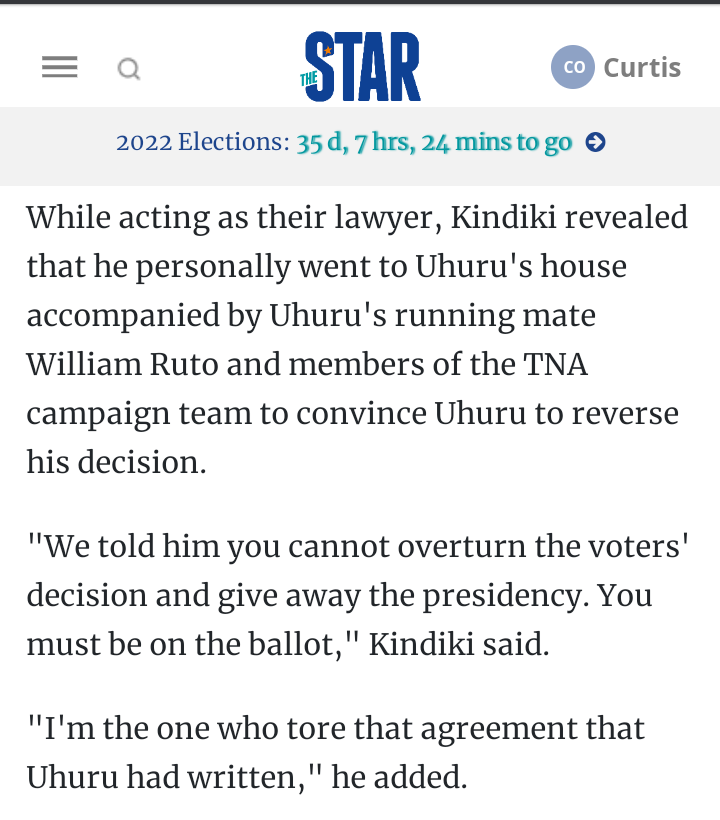 "When it was said that the country would face sanctions against the international community, Uhuru Kenyatta went and signed illegally without consulting us an agreement to transfer power and to transfer his candidature to another candidate," he said in Meru on Monday, as is quoted by The Star.

He revealed that Ruto again managed to convince Uhuru not to give up, pressure that was piled on the President in his house.

Kindiki, who claims to have torn the agreement between Uhuru and the person he had ceded his candidacy to, after Uhuru agreed to proceed and vie, revealed that the job was done by him, Ruto and some members of the TNA campaign team.

"We told him you cannot overturn the voters' decision and give away the presidency. You must be on the ballot. I'm the one who tore that agreement that Uhuru had written," he added.

Ruto has admitted to forcing Uhuru to defend his seat in 2017, and has confirmed reports that he almost slapped him in State House.

'No No' Frustrated Westlands Voters break into polling station after delays

Martha Karua Explains Unusual Thing Which Happened Where She Went To Vote Before Being Referred.