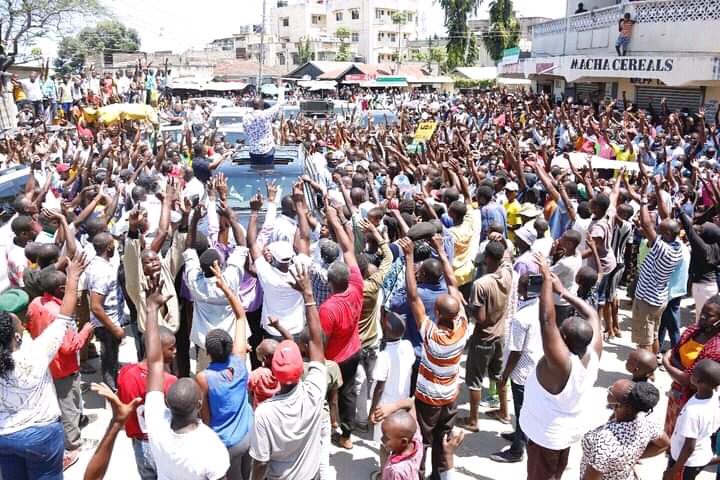 Angry Kenyans have roasted the hustlers nation leader William Ruto over his repeatedly attack on Orange Democratic Movement(ODM) Leader Raila Odinga, Uhuru and other BBI proponent over the now "dead" 2020 Constitution amendment Bill after the Court of appeal declare it unconstitutional, null and void.

Addressing the residents of Changamwe, Mombasa County where he took his bottoms up economic development plan campaign to drum support ahead of fast approaching Election, Ruto continues with his attack on BBI proponents for wasting Kenyans term. 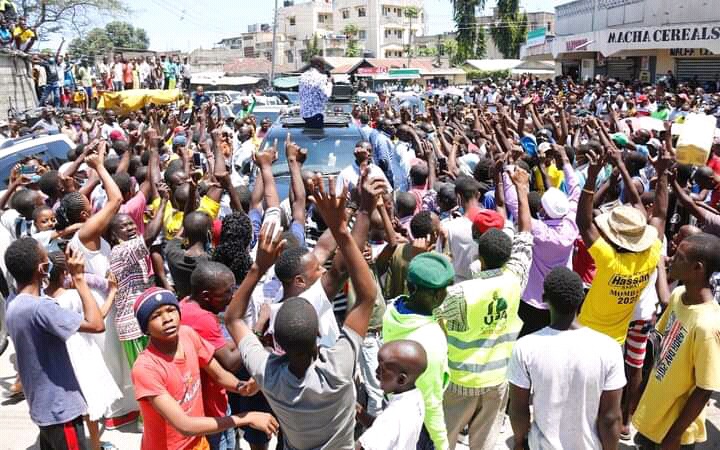 "Am asking you people, before this individuals claim nobody can stop Reggae, they should give us Chance to revive the economy. I advised them to abandon the Constitutional amendment since we hadn't achieved Much as Jubilee government but with blackmail and intimidation, they passed it through Parliament only for self pride to be cut short by God." DP Ruto began.

According to him, it is now time for new regime of leadership as he raise the stake high to form next hustlers Government soon Uhuru Kenyatta tenure ends in less than 10months left. 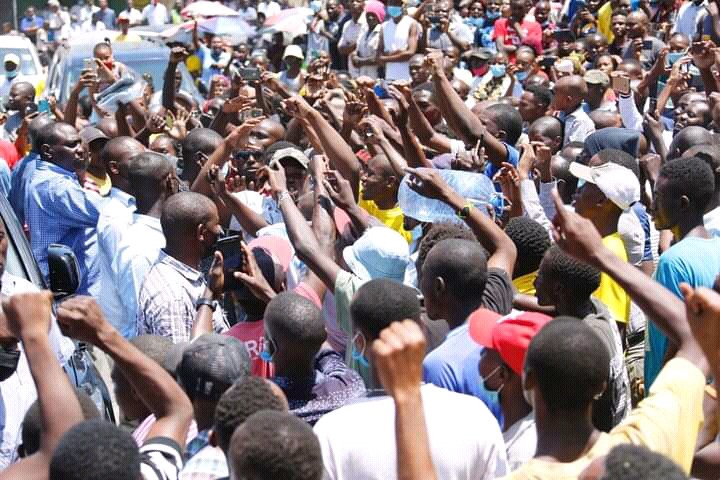 "Next year we will form the hustler government that will focus on empowerment to those at lowest in pyramid, Agricultural among other project and grow the economy." Ruto affirmed. 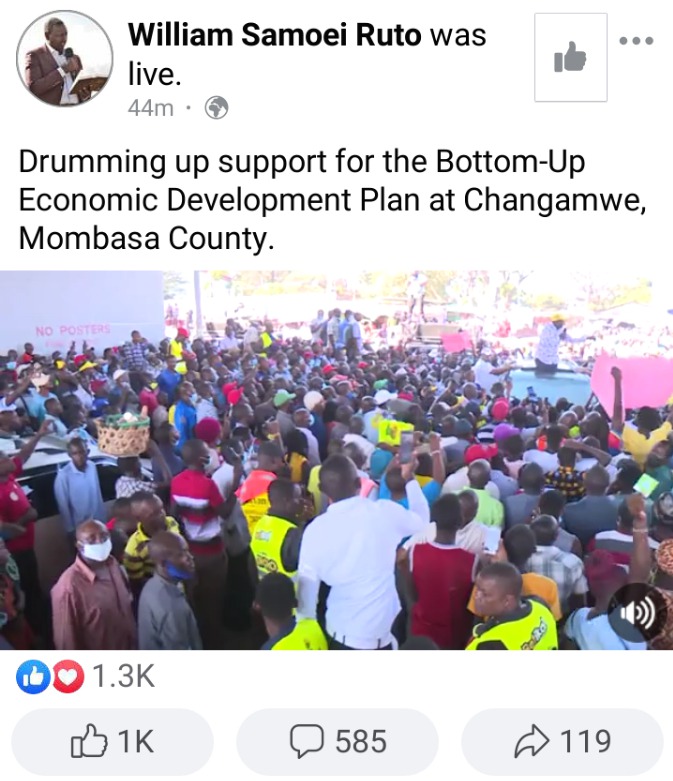 However remarks has subjected Kenyans to mixed political reaction where others slammed his campaign strategy as others maintain their unwavering support to the hustlers bid.

Mwandah: But you are in Government, second in command. You can do much better. Kenyans are not fools Ruto. We have tested you and found you unfit. 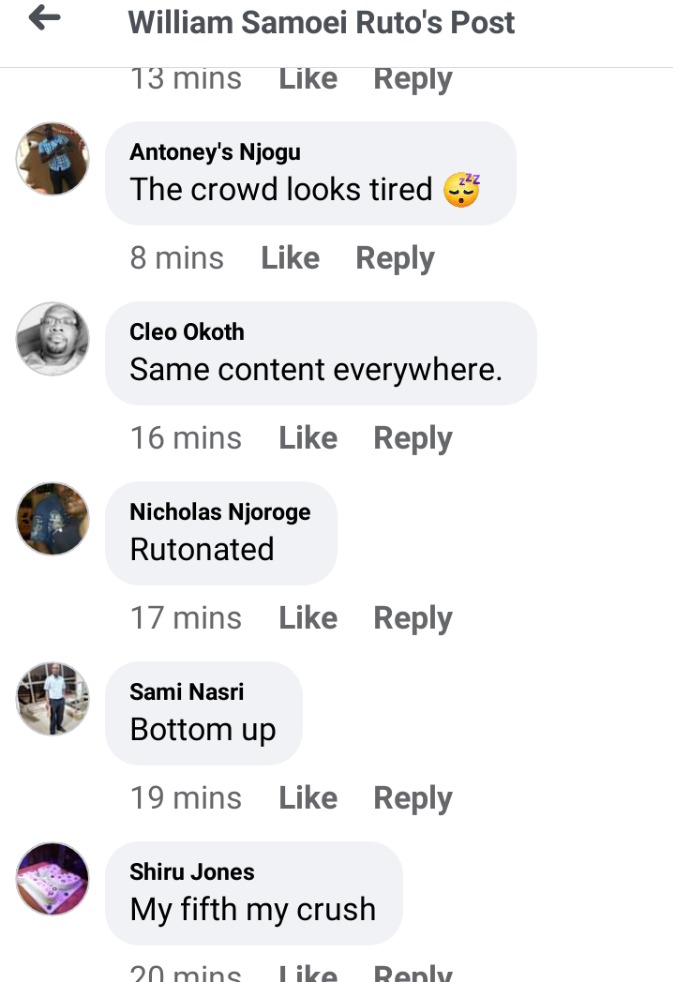 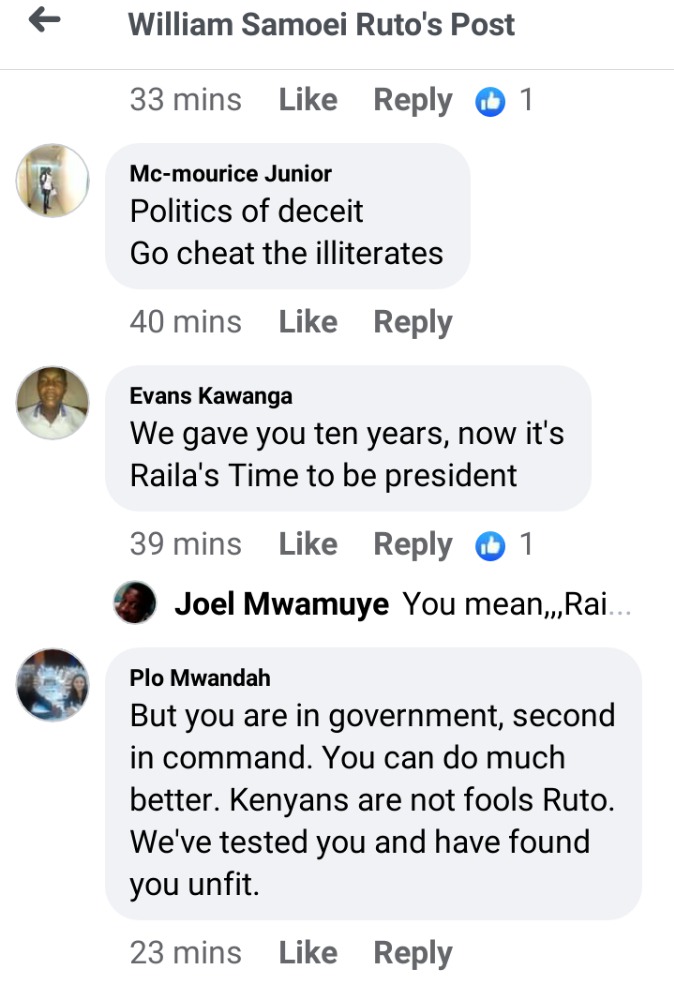 The second in command was accompanied by Nyali Member of Parliament Mohammed Ali, former Mombasa Senator Hassan Omar Sarai among other associates as they prepares to face of Raila Odinga, Mudavadi just but a few for the top seat come next year elections. 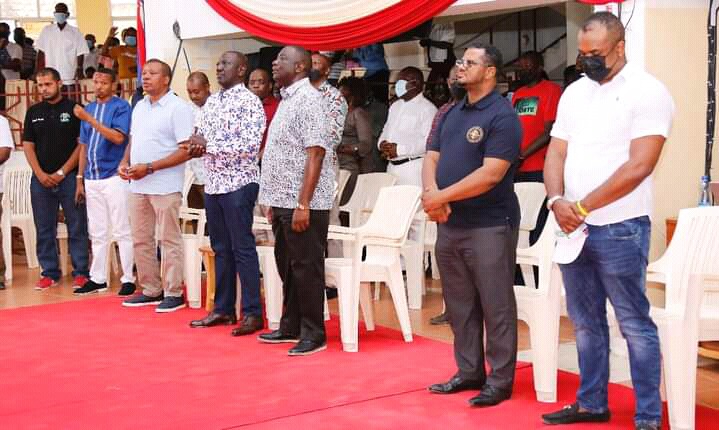 Simple Things You Can Do To Improve your Lifestyle