Kenyans couldn't keep quiet after pictures of Nairobi County Deputy Governor Anne Kamanu and the Head of the Nairobi Metropolitant Services Mohammed Badi while in the United States of America emerged and started circulating on social media for the better part of today afternoon showing them seated in a State building.

According to reports Shared by blogger Robert Alai, Kamanu who had visited the State in a an Official duty was given a warm welcoming by the New York Police in a Prestigious Hotel known as Hilton in the Mid of the City, where their tour began in that Nation.

According to pictures taken during the event, Kamanu was seen standing together with the Police, who were donned in their full attire while holding Trumpet like objects, Swords with White gloves and standing in straight lines ready to perform their welcoming norms as usual. She was holding a blue placard written 'NYPD' on the front side.

Kamanu was also pictured later while seated with Her fellow Nairobi Official Badi, together with other black Americans who were perceived to be working in the New York State and the national government. 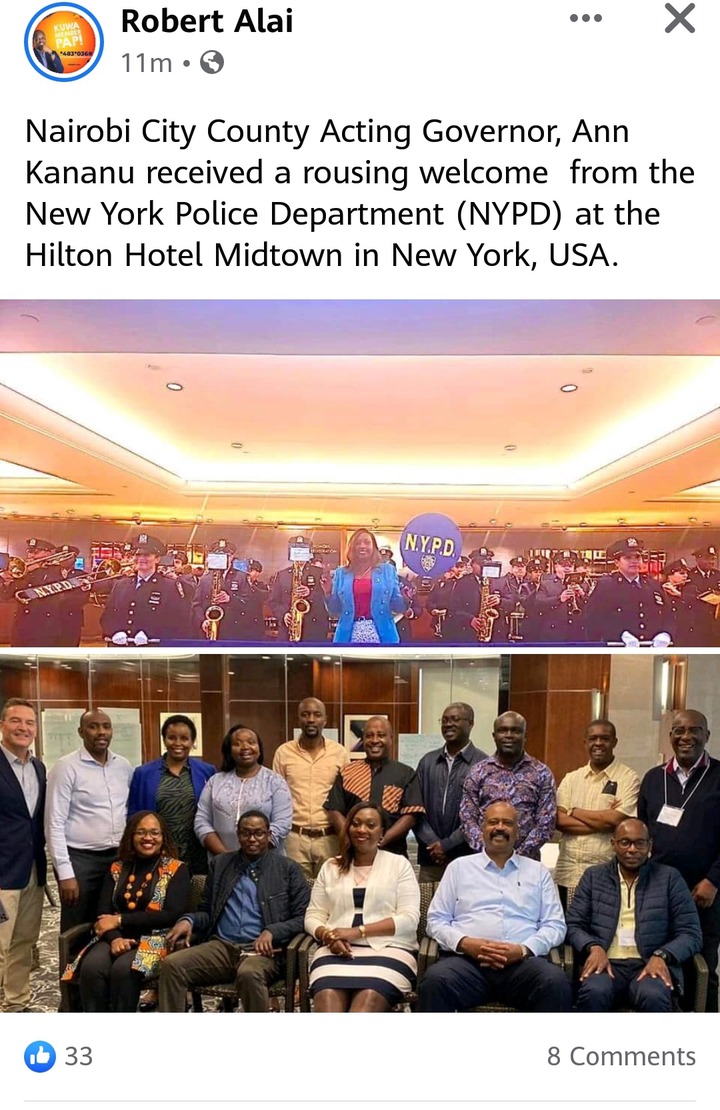 Although the real reasons for the Visit why the County Boss has not been revelers yet, Kenyans who gave their comments in Alai's post appeared to be of the opinion that She has made a good move to visit developed States and learn from them so that they can implement the rules in Nairobi which will later be implemented all over the Country. Some however criticized the picture session saying that it's side shows.

Being one of the Kieleweke faction leaders, Kamanu may also have joined KANU Boss Gideon Moi together with President Uhuru Kenyatta in the US visit, where they are expected to meet high profile figures to discuss matters of national importance and also seek foreign aid in matters of Covid-19. 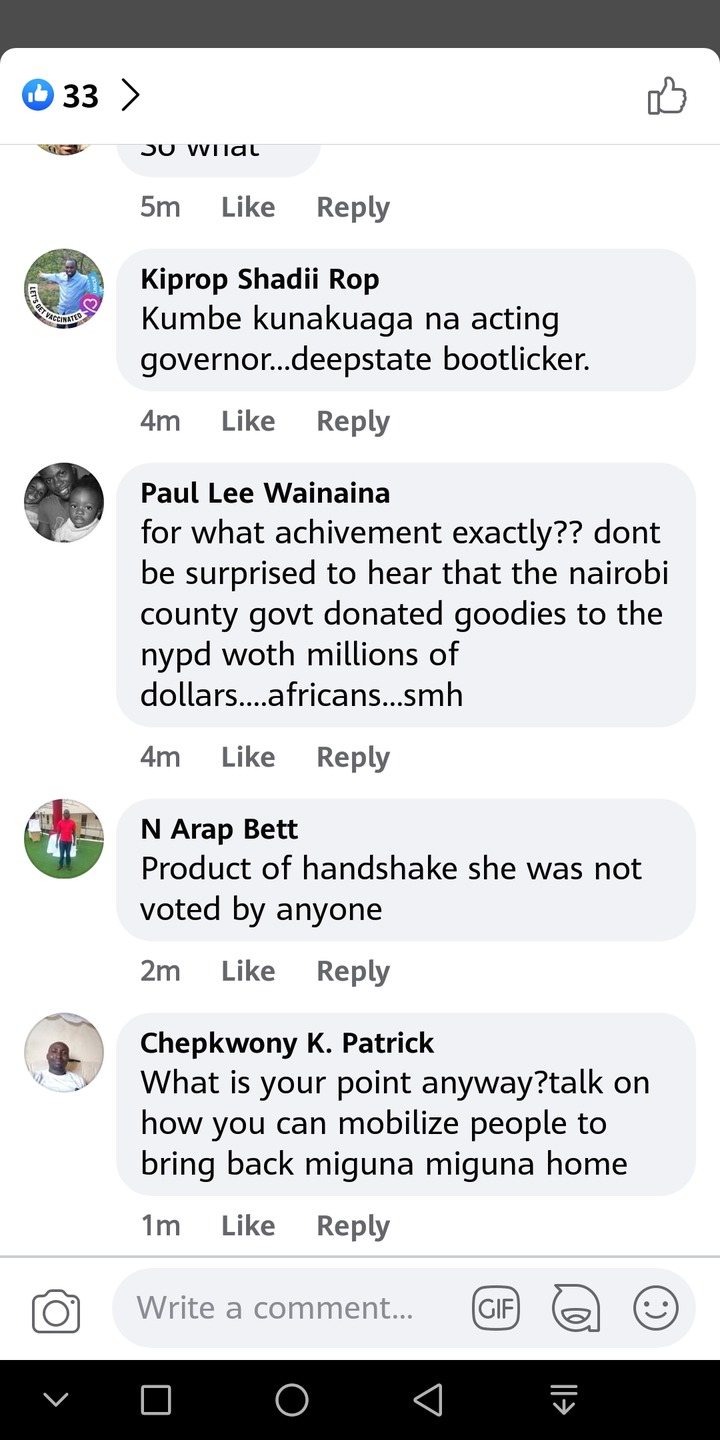 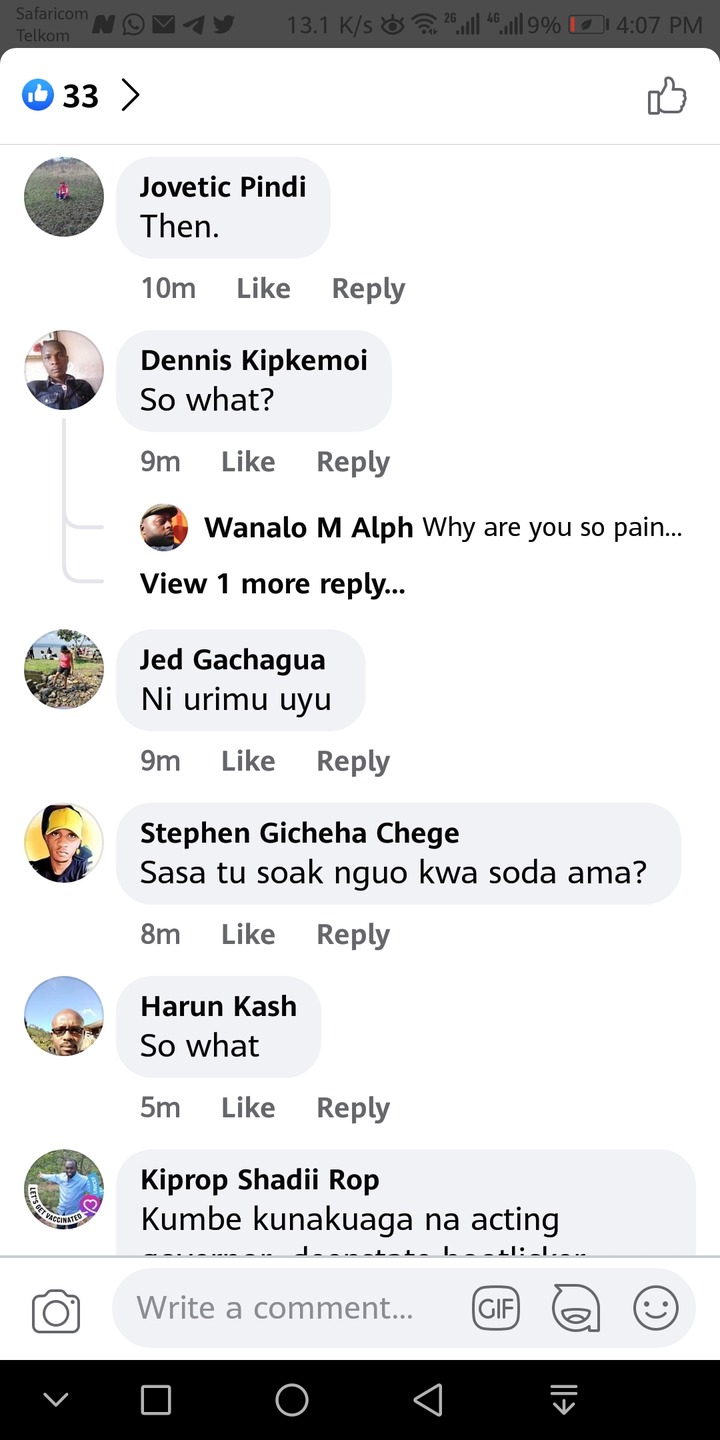