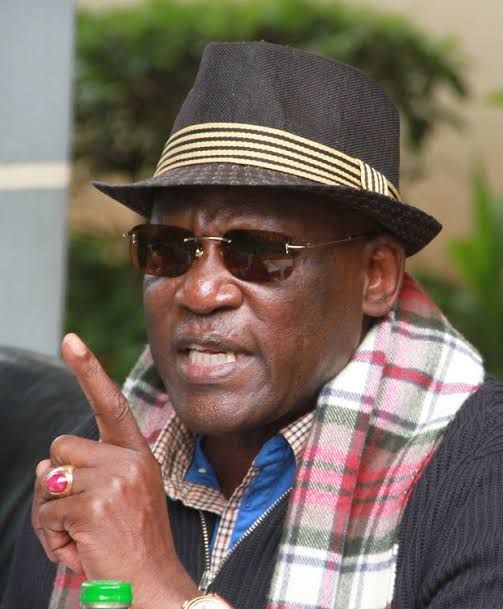 The 2022 has caused heated debates and confusion in the politics of the country. Many Kenyans have been put in a dilemma on the fate of the nation. The formation of alliances and secret coalitions is also now raising eyebrows among the top political class. There have been allegations that Ruto and Raila will unite to form an alliance but these claims are still not clear to Kenyans. Many claims have been made on Ruto's allies that most of them want to dump him. Recently, Muthama, the UDA ally was alleged that he held a night with Wiper allieas to discuss on 2022 politics.

The Saturday Standard Newspaper reported claimed that Johnson Muthama and Kalonzo Musyoka allies held a long night meeting to chant the way forward for the 2022 politics. In an unprecedented move coming days after his new party's fortunes appeared to alarmingly dwindle, Machakos ex-senator was said to have reached to Wiper leader, Kalonzo Musyoka in order to strengthen his party and rescue his political career whose future appears to be shaky in Tangatanga camp.

However, Johnson Muthama has attacked the media newspaper and claimed that it was just propaganda and fake news. In his remarks, he said that "Deceptive people love fake news because it makes their dream look like reality. Standard Kenya style up!" 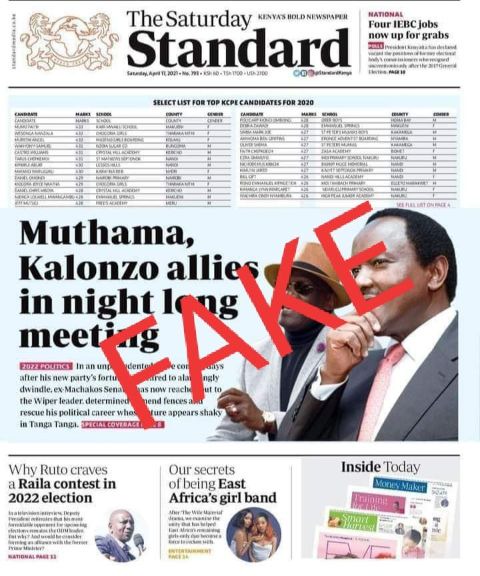 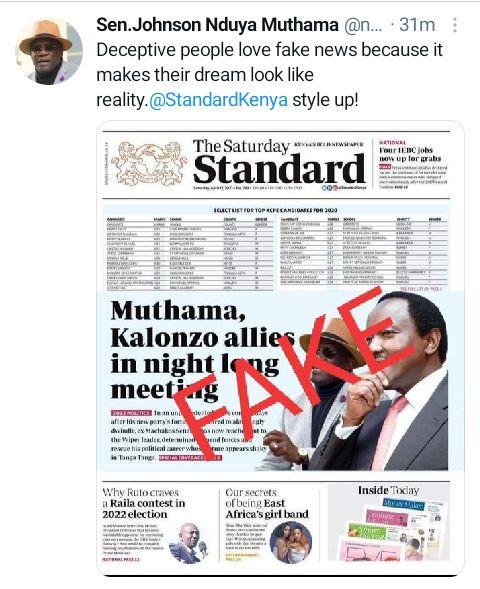