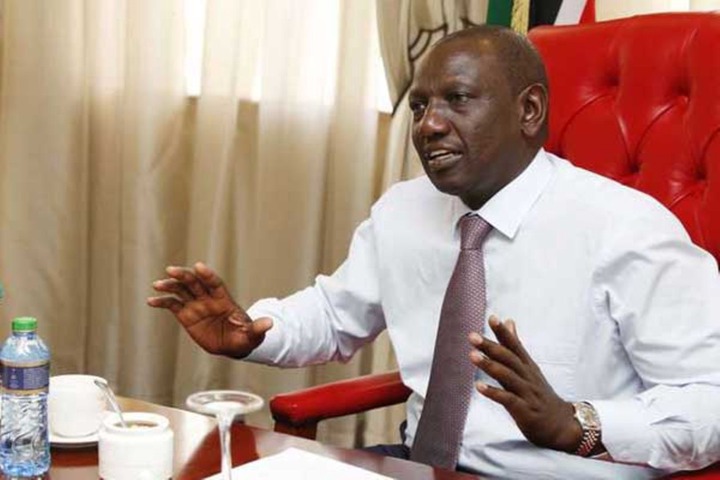 With the just-concluded Devolution Conference that brought together all governors from the 47 Counties, details have been leaked as to why Deputy President (DP) William Ruto snubbed the event.

Secret details indicate that the DP was not pleased with the role the event organizers accorded the Orange Democratic Movement (ODM) leader Raila Odinga on the first day of the conference.

DP Ruto was to officially close the three-day conference on Friday, before he withdrew himself in the last minute. It has now emerged that the DP deliberately avoided the conference after Raila was allowed to officially issue an opening speech.

Sources close to the DP revealed that the Tanga Tanga factor decided to keep off after it emerged that the conference was aimed at hyping Raila's 2022 presidential bid.

With Raila being allowed to open the ceremony since President Kenyatta was in South Africa, that did not go well with DP Ruto allies who believe that the DP should have stood in Kenyatta's place.

"No one in his right mind should expect the DP to preside over the closing ceremony of an event that was opened by the leader of the opposition," stated one of the DP allies on anonymous condition.

Raila was not only allowed to preside over the opening ceremony, but also was he escorted by at least six cabinet secretaries to Makueni.

DP Ruto was neither apologetic or remorseful over his decision to skip the conference. When the Council of Governors (CoG) called on Thursday night to confirm his attendance, the Second-in-Command promised to sent a representative instead.

The CoG however refused to allow any representative to stand in place of DP Ruto, and quickly called the ex-Devolution CS and now Defense CS Eugene Wamalwa who accepted the invitation.

Kakamega County boss Wycliffe Oparanya stated that the conference was something of international standards, and could not be officially closed by a local person.

Sifuna Announced Who Will Step Down In Mathare Constituency Between Bahati And ODM Candidate.

After Azimio's recent action, which could cost the Mathare MP race, Bahati is in trouble once more.