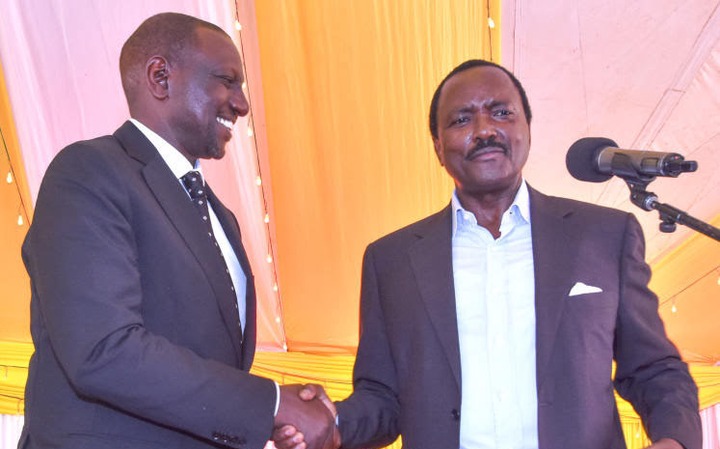 Kalonzo Misyoka is not a fan of William Ruto. Even before his One Kenya Alliance joined Azimio la Umoja Coalition, he ruled out ever joining the Ruto-led Kenya Kwanza. Kenyans can also remember the day Kalonzo Musyoka, Jimmy Wanjigi and some politicians walked out after Ruto arrived for the Amani National Congress meeting at the Bomas of Kenya.

Kalonzo is one of the ethical politicians who has made it his lifelong mission to fight corruption. He joined the Azimio la Umoja coalition because according to him, it is the right group which once elected into office will fight the vice.

Recently, while campaigning for Raila Odinga in Tharaka Nithi, Kalonzo Musyoka hit out at William Ruto. The former Vice President accused the DP of running away after ruining the government he currently serves in.

Musyoka was quoted by Nation saying, "Ruto has no moral authority to accuse Uhuru and Azimio la Umoja One Kenya Coalition presidential candidate Raila Odinga of messing the economy while he is the one who ruined it before running away from the government." 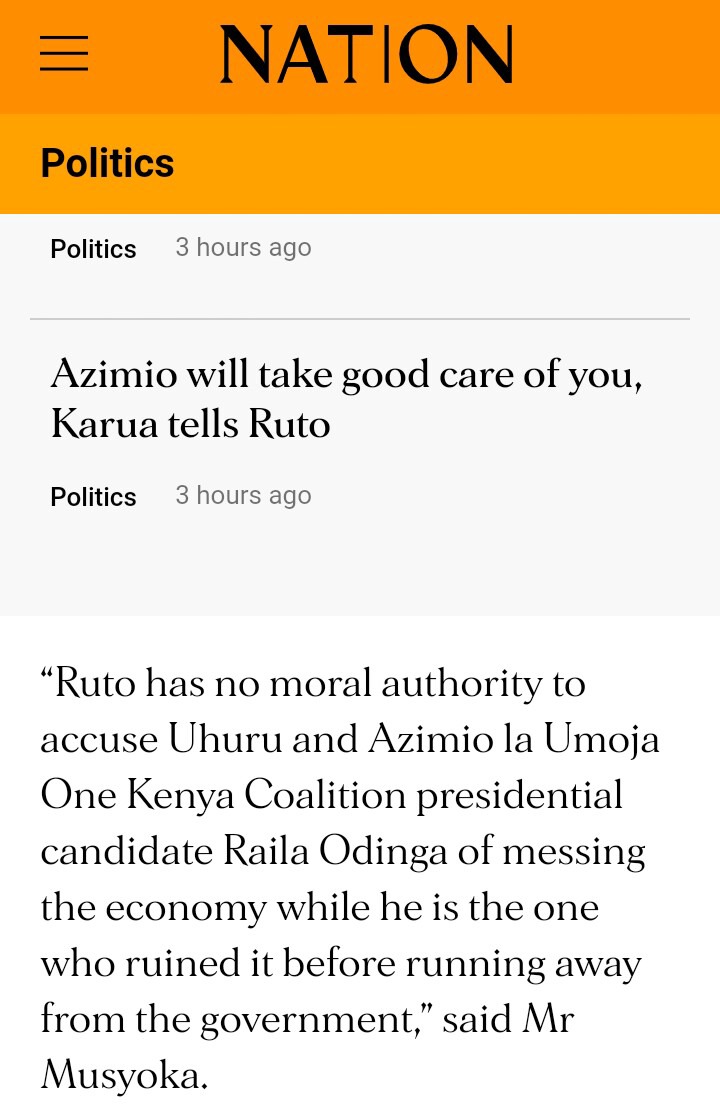 Musyoka by making this statement wants to wipe away the gains made by Ruto who toured the region recently. However, it is true that Ruto has been dogged by corruption scandals for a long time. During the Coalition Government between Raila Odinga and the late President Mwai Kibaki, Ruto was accussed of selling maize to millers at inflated prices leading to his sacking by Odinga.

In the Jubilee government, the DP has also been accused of attempting to grab public land and dishing out huge sums of money to churches which people suspect to be proceeds of graft. These accusations have forced Ruto to have a very difficult time shedding the tag of being a corrupt person.