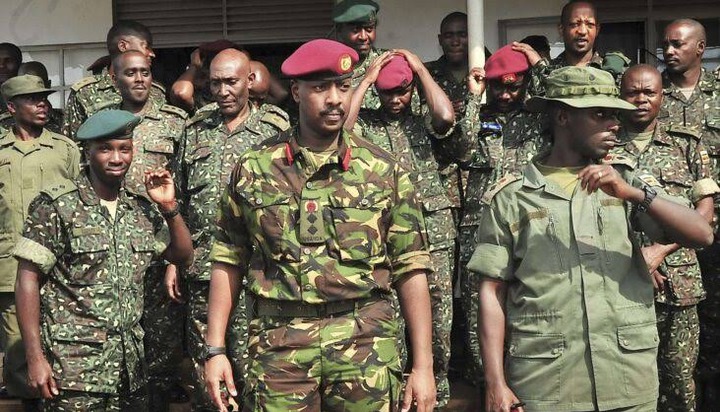 Muhoozi Kainerugaba is one of the popular people in Uganda with a powerful position in the military. He is neither popular nor does he hold that position because he is the son of President Yoweri Museveni but it is because of his hard work and determination. In everything he has been doing, Muhoozi has been doing well.

Today, the President's son raised eyebrows not only in Uganda but also to the neighboring countries and other countries at large. That is because he came out with a strong statement that raised temperatures high.

Through his official twitter account, Muhoozi Kainerugaba broke his silence as he publicly stated declared that UPDF is one of the best armies not only in the continent but also in the universe. He went on to issue a strong warning as he said that only fools would dream about fighting the Uganda army.

"UPDF is one of the best armies on earth. Only fools would dream about fighting us!" Tweeted Muhoozi Kainerugaba. 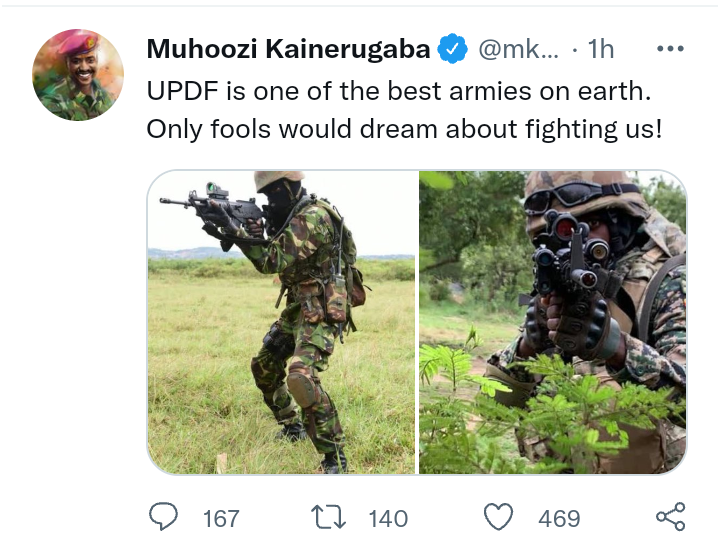 Mudavadi Hard Hit As Another ANC MP Decamps To Azimio