By TabbsMaggie (self meida writer) | 1 months

While addressing Kamba Leaders, President Uhuru Kenyatta said that he has been able to deliver in his second term after he dropped thieves and embraced unity. The President insinuated that he has been able to achieve more in his second term after dropping some people and keeping Politics aside. This was an indirect jibe aimed at the Deputy President William Ruto, who was seemingly going round Counties initiating developments projects. But the president Statement which was a sigh of relief to him after dropping his Deputy William Ruto and working closely with the former Prime Minister Raila Odinga. 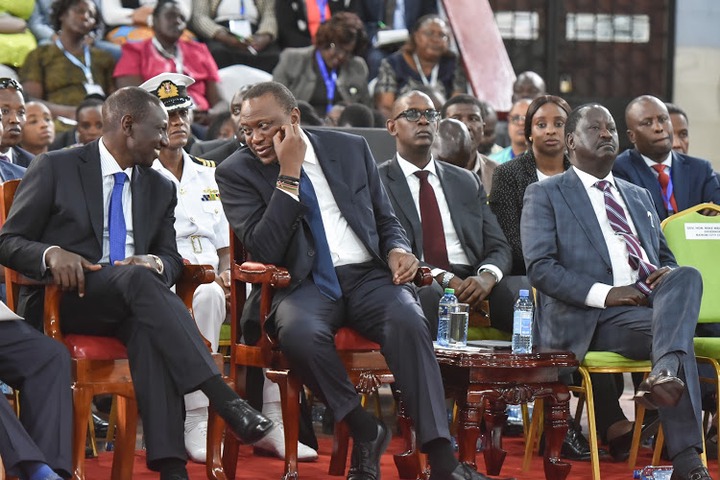 The Deputy President William Ruto has not responded to President Uhuru Kenyatta accusations and and the only Statement he responded to was on his preferred 2022 Candidate. 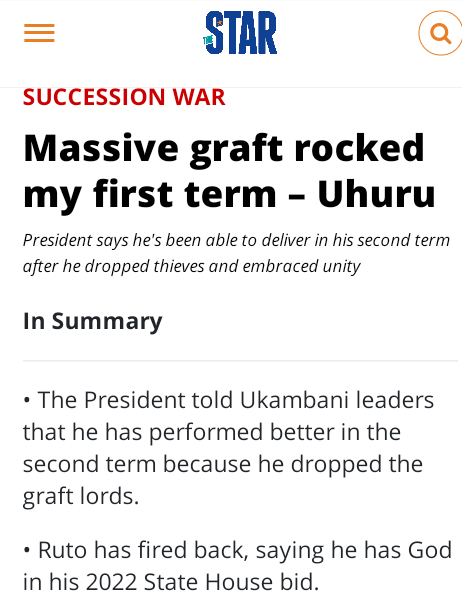 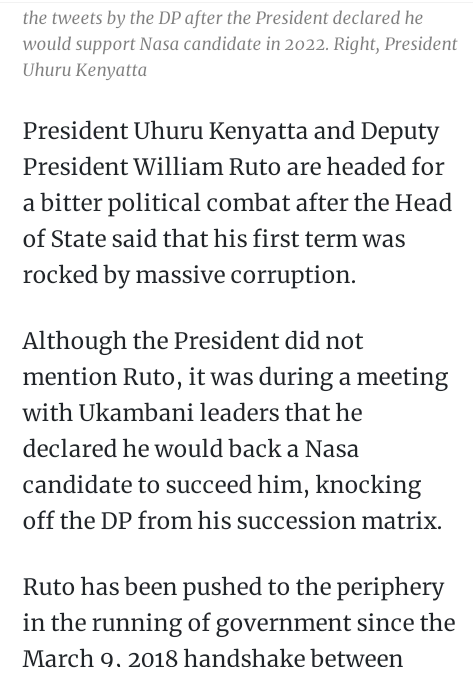 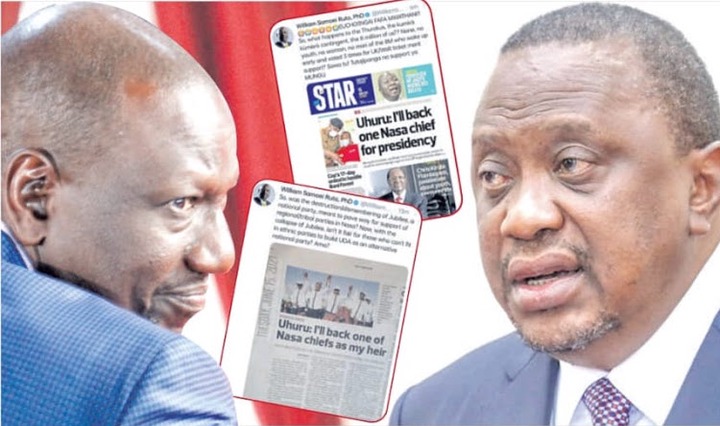 According to an article published by the Star Newspaper on Wednesday the president insinuated that he's performing better in his second term in power after dropping graft lords and perhaps one of them being his Deputy William Ruto. The Deputy President William Ruto was pushed into the peripheries in president Uhuru second term and his main functions taken by President Uhuru's handshake brother

Debunking DP Ruto Lies, See Why He Can't Be My President [OPINION]

Kinyanjui To Kenyans: "Be Careful On New Political Terminologies Used Currently By Politicians"

Meru Village Elder Forces Himself on a Mentally ill Woman, Continues With Business as Usual

Check out the modern pop ceiling designs for your living room