By ondolo (self media writer) | 10 months ago 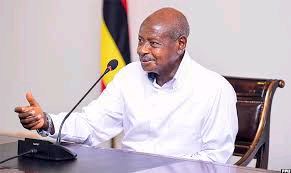 Not long, Museveni expelled the Democratic Governance Facility (DGF) one of the leading Non governmental organizations in the country that were aiming at promoting democracy in Uganda over allegations of sponsoring subversive activities.

According to the government spokesperson Ofwono Opondo,he says in a statement that the government intelligence units had information that Democratic Governance Facility (DGF) sponsored National Unity Party,to run its campaigns and to also engage in activities aimed at overthrowing the government. 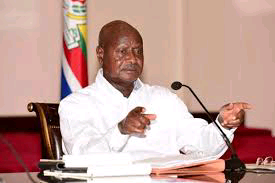 Barely one month,a grand election theft took place in Uganda when incumbent President Yoweri Kaguta Museveni,who has been in power since 1986,was declared winner of an election that was neither free nor fair.

As if to cement Museveni's continued reign, his most significant challenger,the popular musician,Bobi wine,was placed under house arrest for 11 days.

Even after the high court ordered his release, military chorper hovered wine's house. 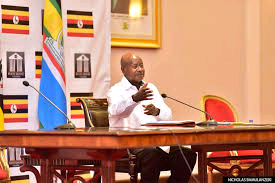 Museveni rubbished the allegations of the international allies involvement in solving Uganda's problems saying that,such involvement is rubbish,as Uganda needs to be given the freedom to find homegrown solutions.

The National Resistance Movement claimed that there struggle has always been against the arbitrary use of violence by the state.

Many ugandans elites get terrified by this insight because it unmasks their naivety and opportunism.

The Price Of a Brand New Tractor in 2022