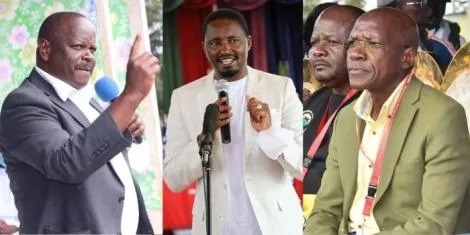 Between the 2017 and 2022 election cycles, a number of notable politicians who lost elections and were left out in the cold are now seeking re-election in various posts in the forthcoming August 9 elections.

While some went for elective positions in 2017 but were unsuccessful, others took a break and are now running for elective seats when Kenyans go to the polls to elect their leaders.

Former Bomet Governor Isaac Ruto, who hopes to return the seat he lost in 2017 to the late Joyce Laboso, is one of those seeking political redemption. Laboso was deposed because of his support for the Jubilee Party over Ruto's Chama Cha Mashinani (CCM). Ruto was backing President Uhuru Kenyatta's adversaries, the National Super Alliance (NASA), led by Raila Odinga, at the time.

Ruto will face incumbent Hillary Barchok, who assumed President after Laboso died in 2019. John Mosonik, the Administrative Secretary of the Petroleum and Mining Cabinet, is also running.

Between 2013 and 2017, Khalwale tried unsuccessfully to unseat governor Wycliffe Oparanya after spending one term in the Senate. He has tried to stay politically relevant since losing in the 2017 polls, joining Ruto's United Democratic Alliance (UDA) in the hopes of using the party to win the coveted county seat.

Ferdinand Waititu, the former governor of Kiambu, is running again after his impeachment was affirmed by the Senate in January 2020.

Waititu, often known as Baba Yao, will face up against his former deputy, James Nyoro, and William Kabogo, Kiambu's first governor, whom he defeated in 2017. Waititu is a member of Ruto's United Democratic Alliance (UDA).

UDA chairman Johnstone Muthama has declared his intention to run for the top job in Machakos. Muthama declined to run in 2017, but has subsequently returned to rally support for the UDA party.

Mwangi Kiunjuri, the former Agriculture Cabinet Secretary, is also rumored to be eyeing a seat in Laikipia County. Despite the fact that he has yet to make a decision, competing rumors suggest that he will run for either the Laikipia governorship or the Laikipia East parliamentary seat, which he held for 15 years.

Following President Uhuru Kenyatta's dismissal from the Cabinet, Kiunjuri formed his own political party, The Service Party (TSP), which he will use to run in the 2018 elections.

Koigi Wamwere is also planning a candidacy for the Nakuru Senatorial seat, which is expected to be crowded.

Hellen Sambili, a former Minister of Higher Education, is running in the Mogotio Constituency to unseat incumbent Daniel Kamuren Tuitoek, whom she defeated in 2017.

After being deposed by William Kamket in 2017, former Tiaty MP Asman Kamama is also breathing heavily behind William Kamket's back. Between 2007 and 2017, Kamama was a member of Parliament. 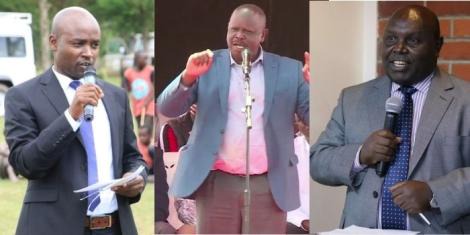 The Independent Electoral and Boundaries Commission (IEBC) has set the date for the General Election for August 9, 2022, as well as released polling procedures.