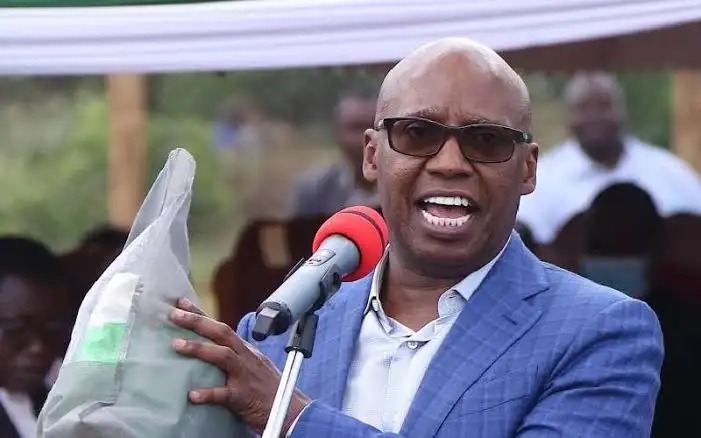 As Jimmy Wanjigi is planning to challenge Raila Odinga for ODM's presidential ticket in the 2022 general elections, a storm is brewing after Wanjigi issued fresh demands to the former Prime Minister.

Speaking to residents of Kathageri, Embu County after a Sunday Service in the area, Wanjigi claimed that the party has been ruined with conman-ship and compromise, brought about by the handshake between Kenyatta and Odinga.

Wanjigi said "This is not ODM. This is ODM of conmaship that has come in. This conmanship and pride has come in after shaking hands with UhuRuto,”.

Wanjigi has hence called Odinga to come out and save the party from the impending decline, failure to which he will convene a delegates meeting to chart the way forward.

Wanjigi is known for his political intelligence and is considered as one of the power brokers behind the formation of the Uhuruto ticket in 2013.

While Raila has not fully announced his candidature, it is widely expected that he will make a fifth attempt for the presidency but this time faces a challenge in the castbof Wanjigi for the ODM ticket.

Lately, Wanjigi has passed over the country seeking support from ODM members to become the party’s flagbearer in the upcoming general elections.